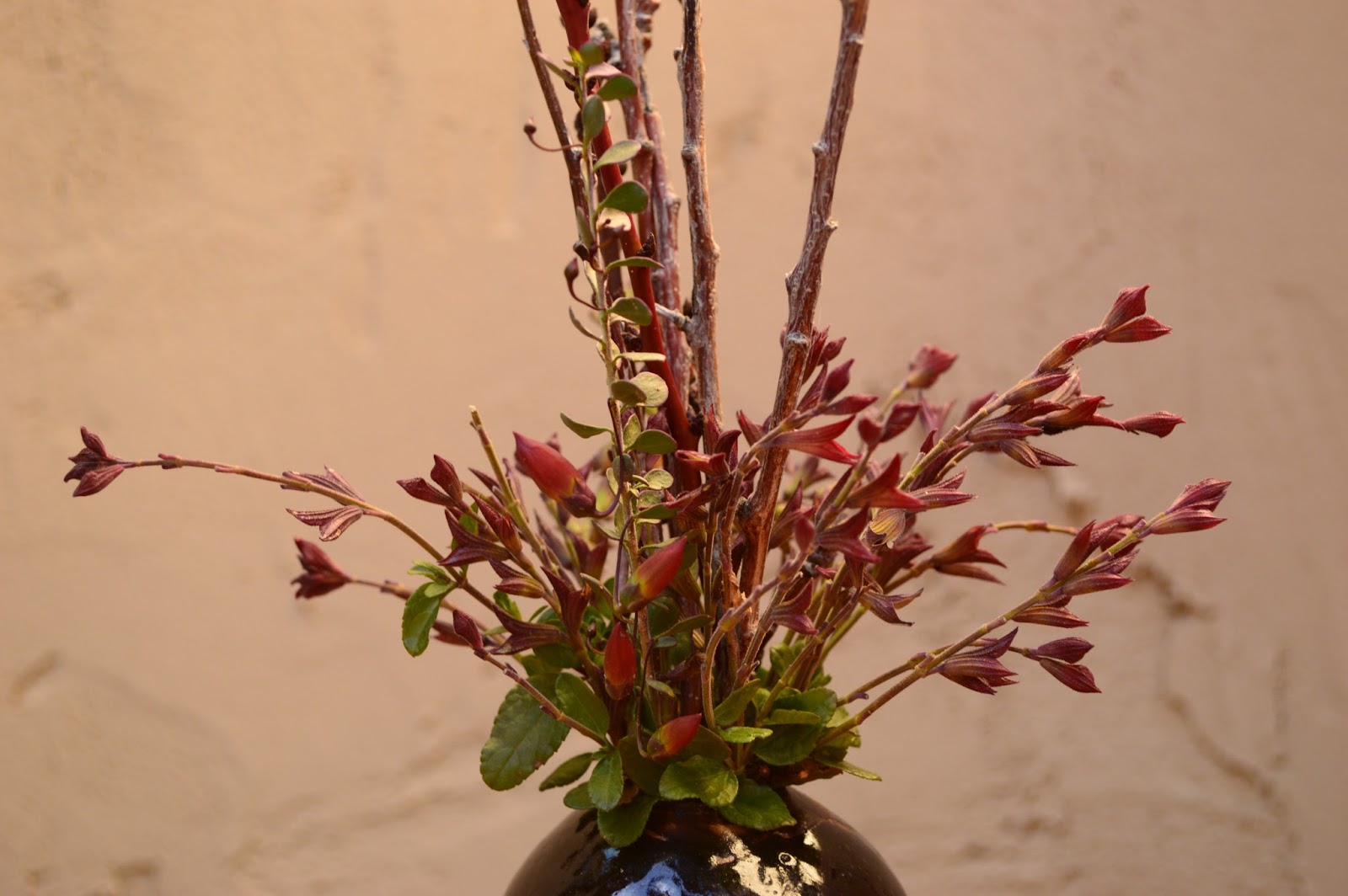 This morning's vase was initially conceived with the lovely purpled bracts of Salvia greggii "Autumn Moon" in mind.  The little shrub has bloomed continuously since its purchase back in October and is only now finally slowing down for a rest.  A few white and pink flowers still linger deep in the leaves, but mostly it is covered with handsome bracts arching above the bright green foliage.

Clearly it is time to deadhead so why not combine a little garden tending with making a vase?  (By the way, I have read that these plants should be pruned sparingly so this was more of a simple deadheading task.)  And the muted colours suggested use with a brown/black vase which I have used earlier.  And that led to the thought of using other material in the same hues.

The "other"material was apricot twigs which I saw immediately on stepping out the side door this morning.  Out came the clippers.  After all, we are always told to remove weak and crossing branches, of which there were more than enough to fill the centre of the small pot.  An added advantage was the deep red tone to some of the wood and the many swelling buds. 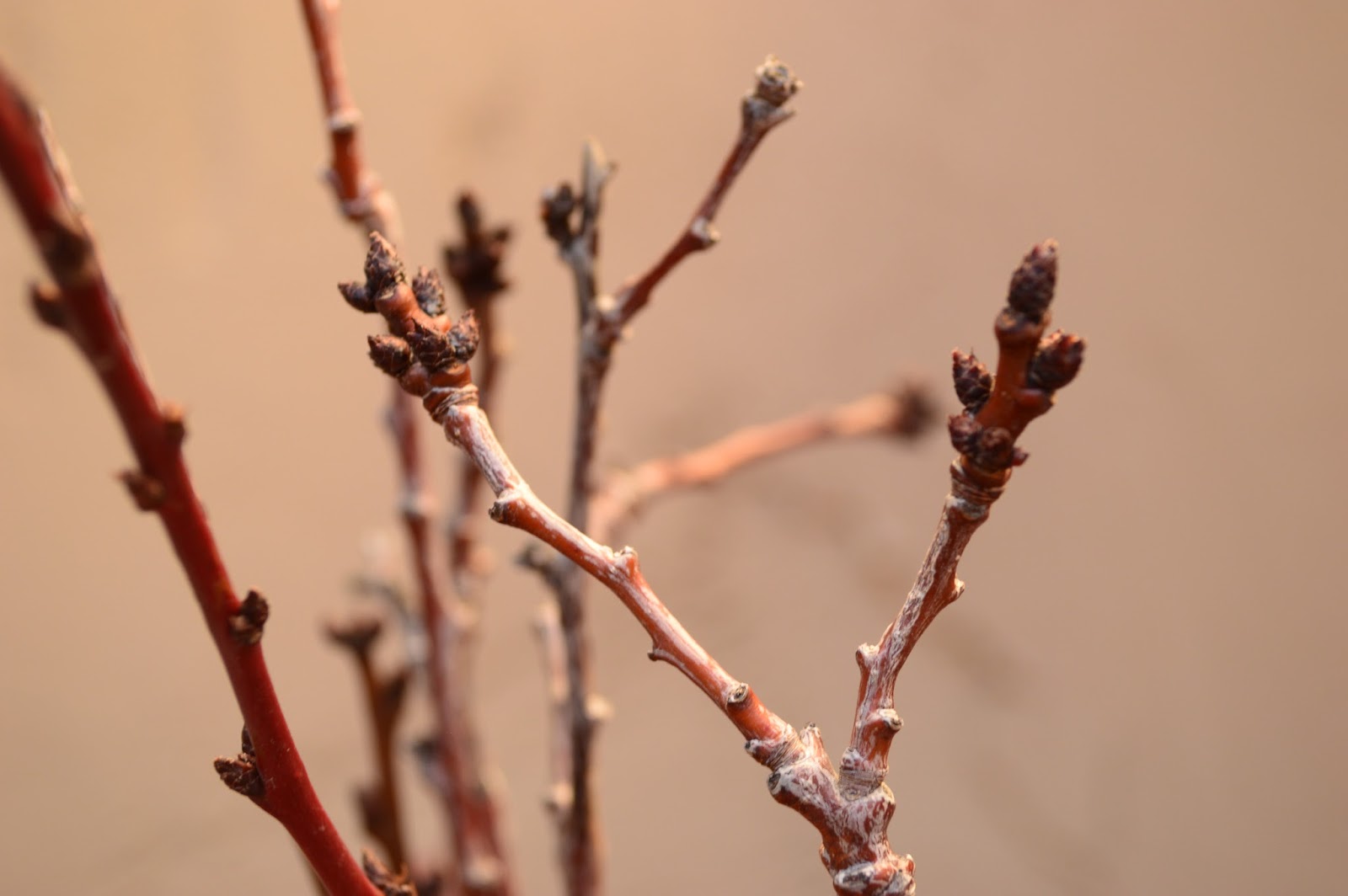 Having combined apricot twigs and Salvia bracts, I proceeded to make a brief tour of the garden, which, at this stage, does not take very long!  I noticed the smoky hues of the tiny Eremophila "Valentine" shrub, and I could not resist adding a single stem with the soft red buds and grey-tinged leaves. 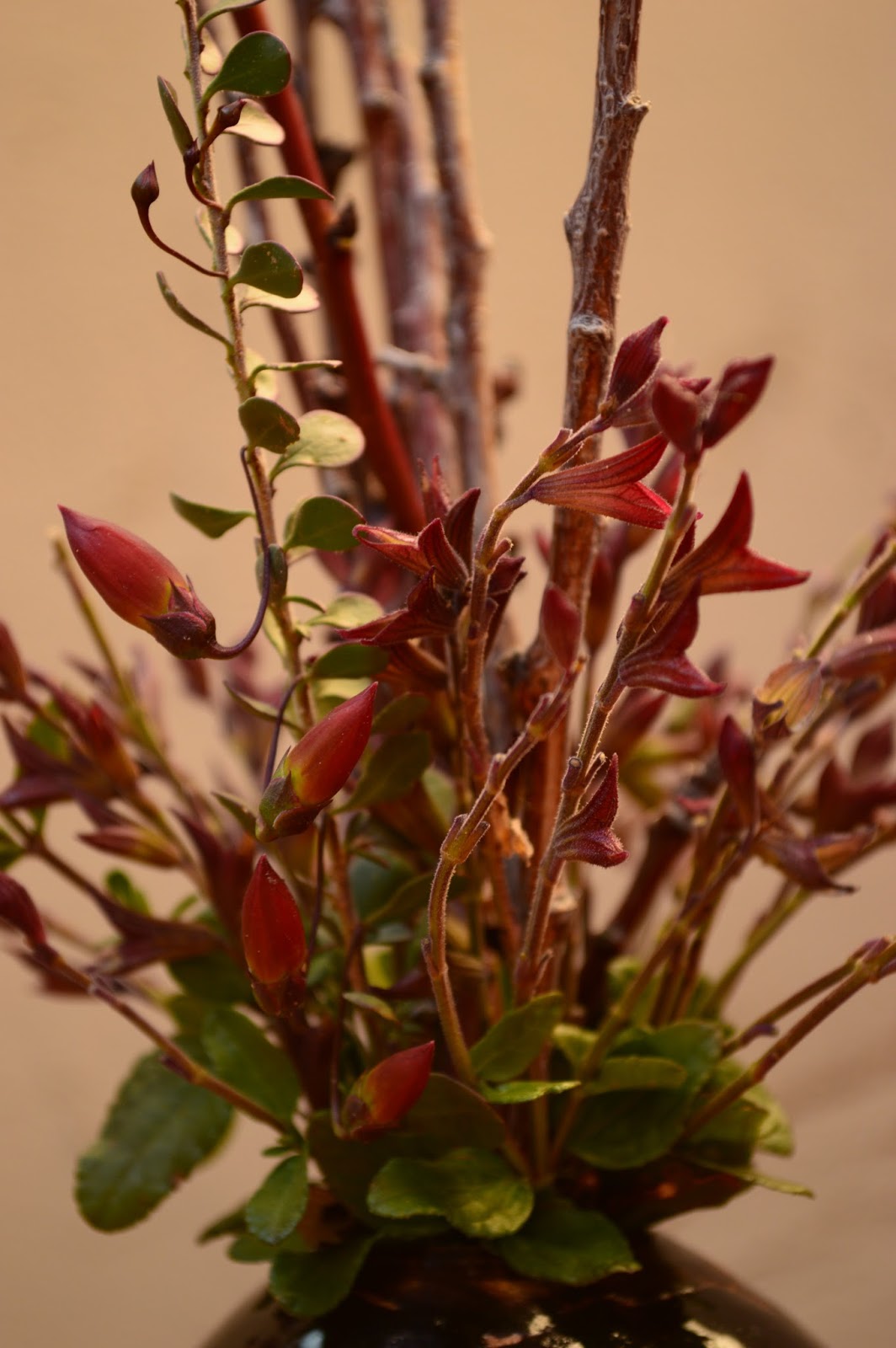 So in all, there is a little bit of autumn (Salvia greggii), winter (Eremophila), and spring (Apricot buds).  Photographed out in the front patio... 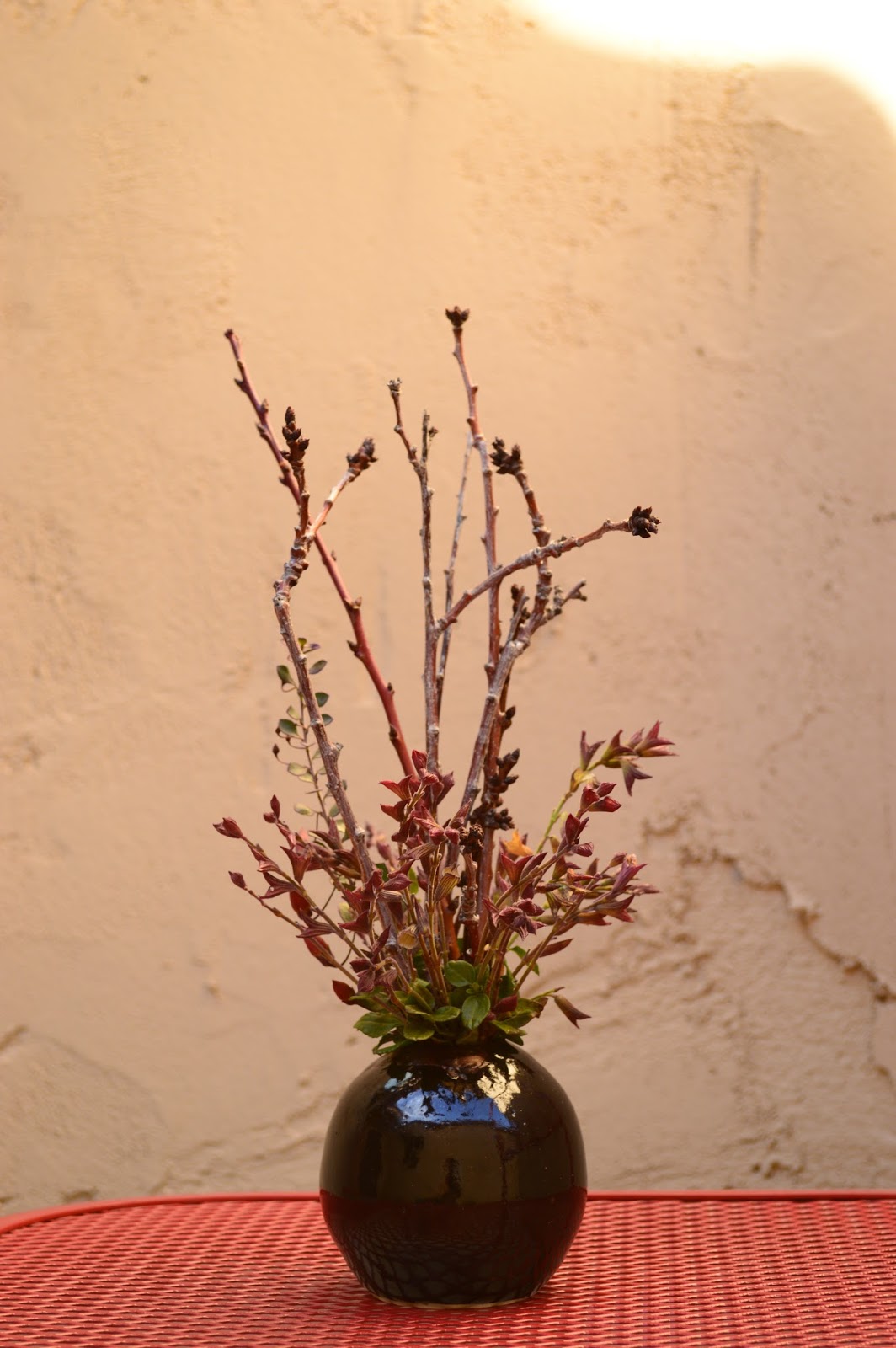 It has a nice, cottagey effect in the kitchen as well.

Please check the other vases at Cathy's meme - always fun! 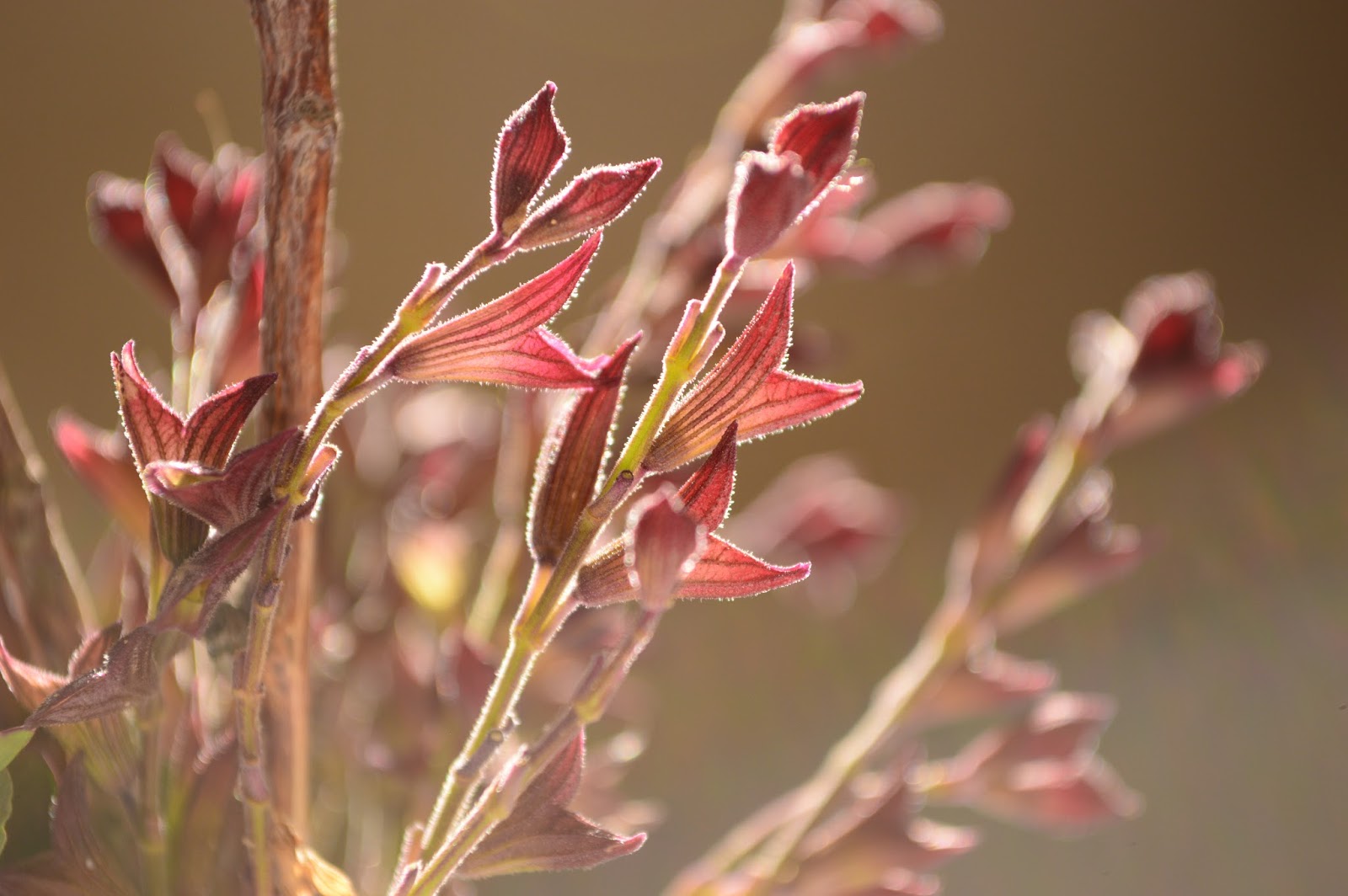