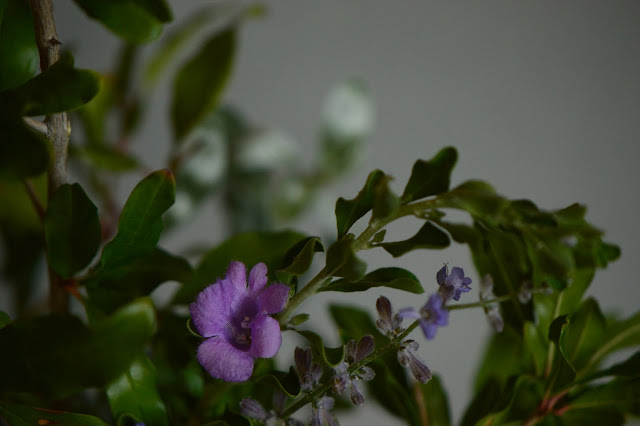 Today's vase is more of a rustic affair than usual, being composed mostly of greenery from shrubs.  Pomegranate and two other very drought-tolerant types - Leucophyllum frutescens and Convolvulus cneorum - combine to make a mostly leafy arrangement.  Some stems of Perovskia and a flower from the Leucophyllum, which is blooming nicely just now, add a purply note. 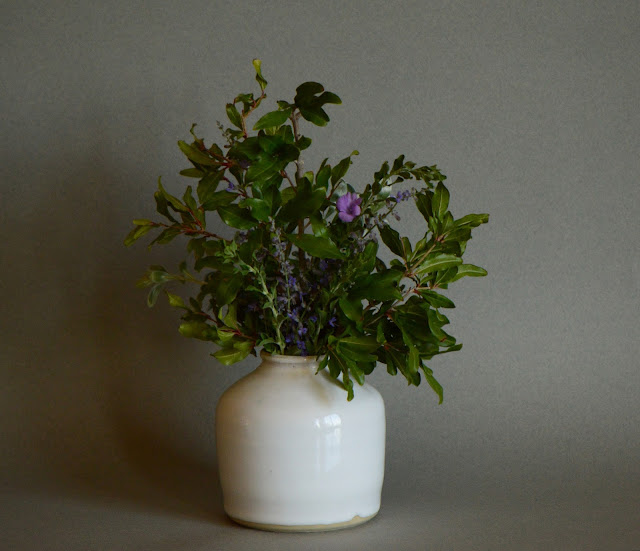 I've always felt that my white glaze over stoneware made for a rustic effect, and this chunky pot seemed just right for the material today.

Pomegranate foliage is plentiful; in fact, I really should do a complete pruning overhaul of what has become an overgrown shrub rather than a tree.  So I had no compunction adding a few of its stems to the vase.  Likewise with the Convolvulus, which is acting more like an octopus than a shrub.  This, despite the fact it is still in its original nursery pot awaiting decent planting conditions!  (For those of you who remember, this the "Clarence" of an earlier post.  Coming along nicely.)

I love the Convolvulus foliage.  Its soft, hairy leaves are distinctly silver, elongated, gently rounded to the tip.  White flowers are said to come in spring and summer, but Clarence has not bloomed so far.  If the growth habit is good, I think I would be willing to grow this one for the foliage alone. 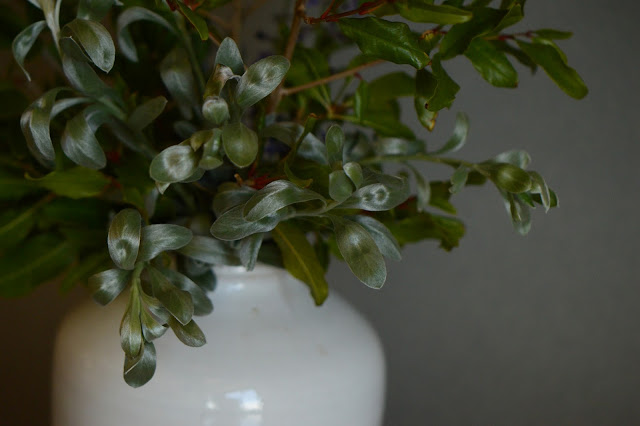 Leucophyllum (variety unknown, but I think I can safely say this is L. frutescens, probably "Compacta") is a happy choice for a hot climate.  It is blooming merrily away, but most of the flowers are fairly deep inside, so only one ended up in the vase.  It also has softly rounded foliage, greener than the Convolvulus, and without the soft hairs.  It is being used as an accent at the top corner of the south bed, and after a slow start it is growing rapidly.  It supplied the trumpet flower in the top photograph.

The Perovskia, despite my complaints in my last post, is blooming fairly well and supplied a cluster of its little filagree flowers to the mix.  It is seen here next to a Leucophyllum branch. 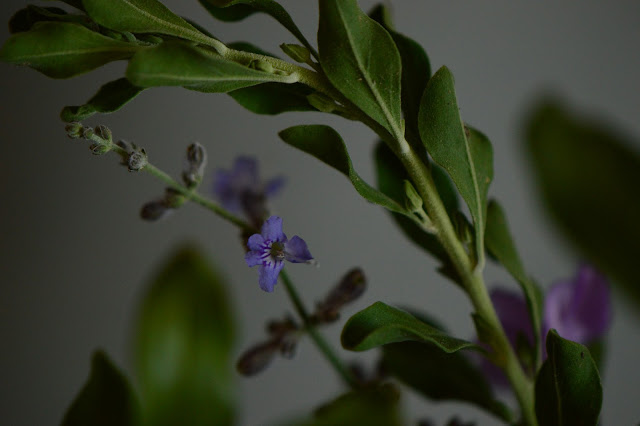 The blue flowers to the front, the silver foliage to the back... 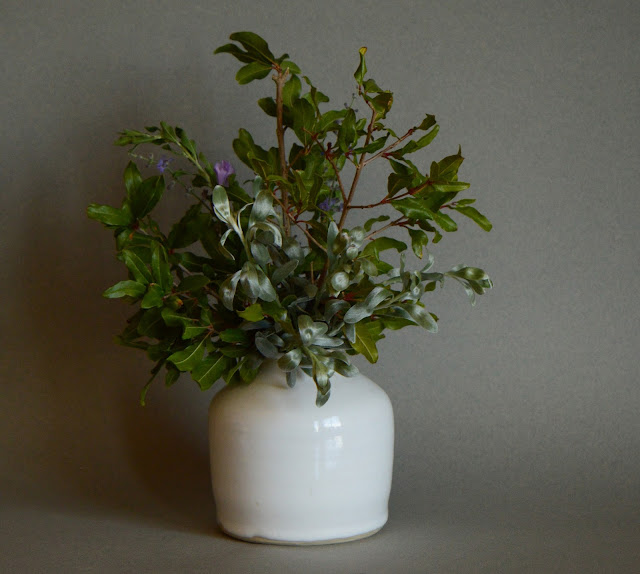 Happily linking to the Monday Vase meme with Cathy at Rambling in the Garden. 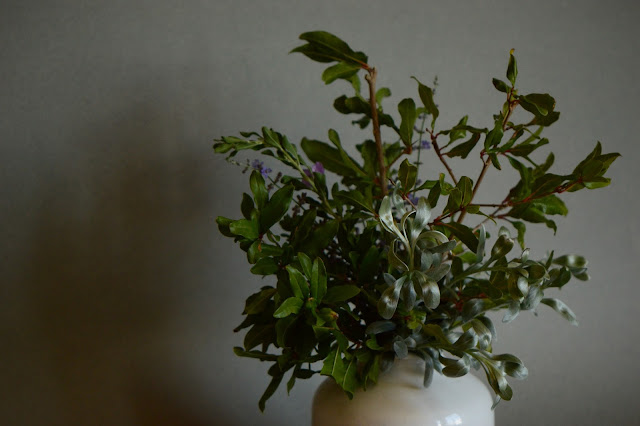 Weather Diary: Fair; High: 100 F (38 C)/Low: 82 F (28 C)
We had a significant amount of rain last Saturday, and the humidity is still high while temperatures are down.  This is great for the plants though I can't say it's much more comfortable to me!  But the garden is looking fresher.
Posted by Amy@SmallSunnyGarden at 10:49 PM
Email ThisBlogThis!Share to TwitterShare to FacebookShare to Pinterest
Labels: Convolvulus, Flower Vase, Leucophyllum, Monday Vase, Perovskia, pomegranate