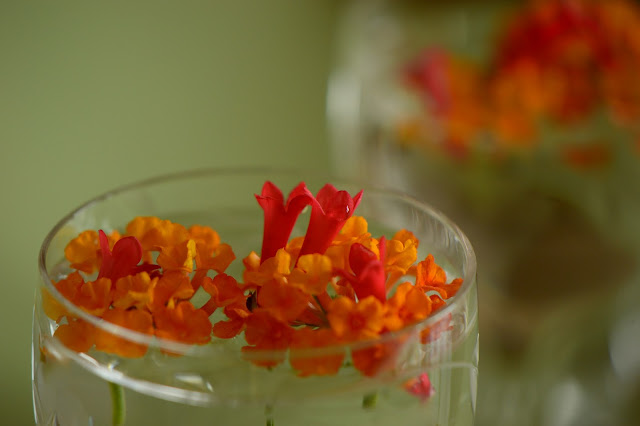 Today I finally tried something I had wanted to do quite some time ago.  I have a set of four glasses that are perfect for flowers, and previously I had only used them one at a time.  Today the whole set was filled with water and flowers floated atop.

The flower choices were very simple: two sprigs of lantana per glass, accented with Russelia trumpets.  The Russelia had to be poked into the lantana for support, otherwise it would lop over and drown in the water.  But in the end, I was pleased with the results. 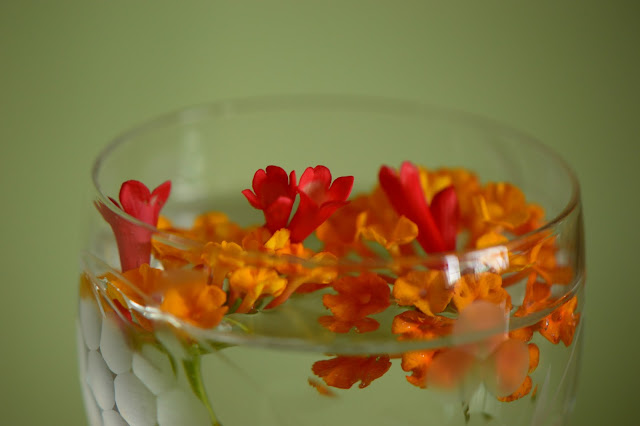 I could have supplied a banquet table with these flowers since both the lantana and the Russelia are blooming freely right now. 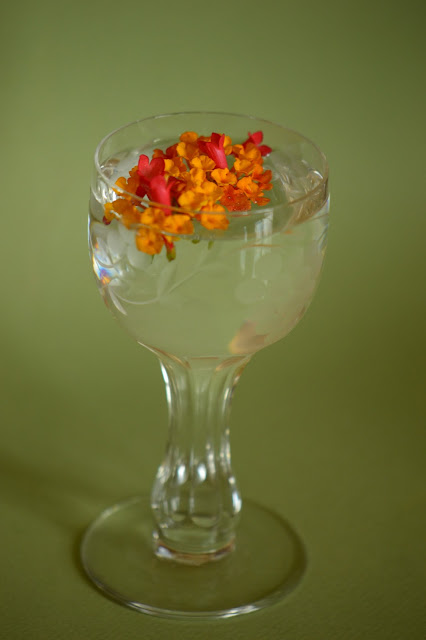 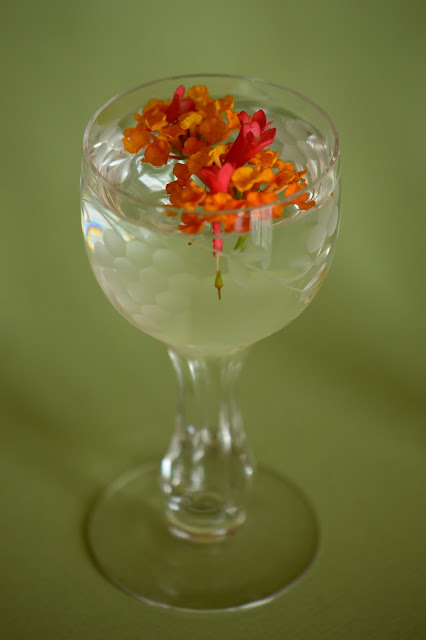 It is a very simple effect and yet I admit that I owe the mixed, floated blossoms idea entirely to Julie's magnificent footed bowl full of a luscious variety of flowers.  Her post back in July stayed in my memory both on account of the footed dish and the variety of blooms (and even a few berries).  I have tended for unknown reasons to limit my floated arrangements to a single type of flower.  Here at least I have put two together! 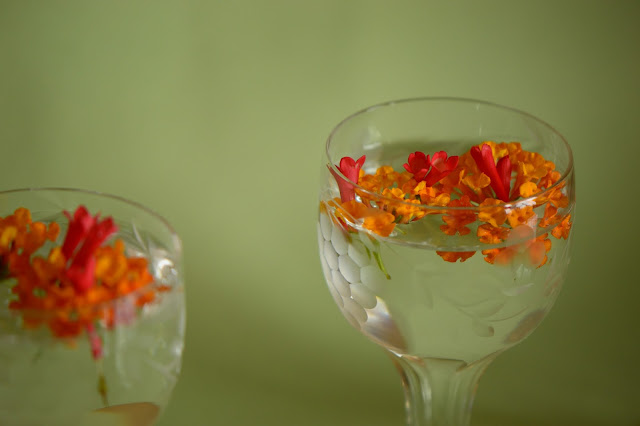 There are other flowers blooming in the garden, but most of them do not seem to last well when cut.  Salvia greggii, for one, only lasts a day or two for me in a vase.  I would love to use my Gaura, which is blooming its heart out; but the one time I tried it the flowers were irretrievably wilted before they ever reached the house.  Granted, it was one of our warmer days and that may have contributed to the problem.  Any information or recommendations on using Gaura as a cut flower would be much appreciated!

In the meantime, it is hard to fault the staying qualities of lantana or Russelia, or their abundant bloom! 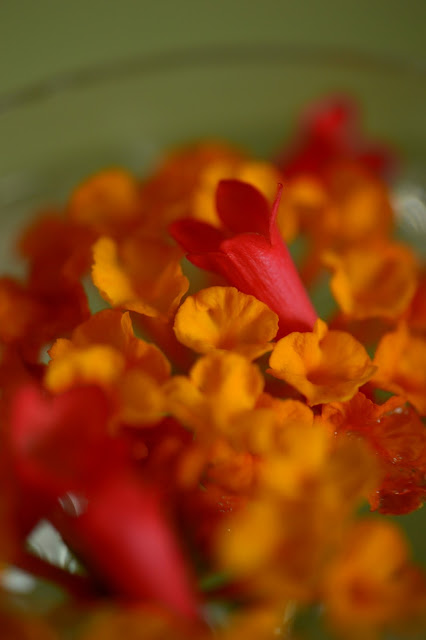 The cut glass worked well with the vibrant colours. 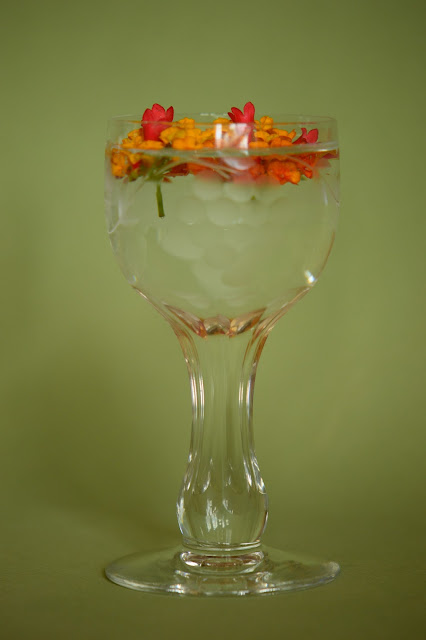 So, a little series of very simple arrangements for today's Monday Vase meme, kindly hosted by Cathy at Rambling in the Garden. 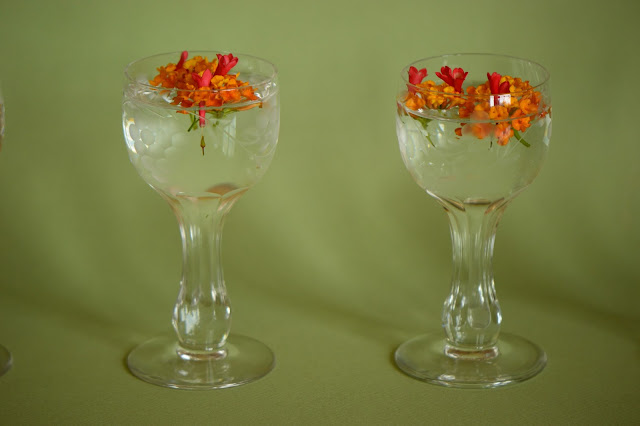