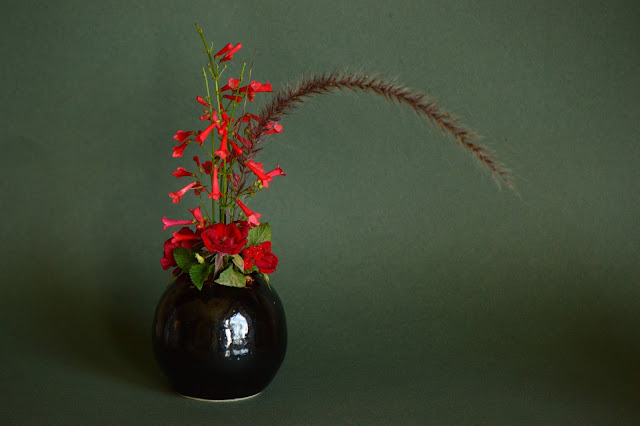 My first priority in the garden today was planting.  An order arrived just a few days ago, and with baby plants in five inch pots it was no time to dally.  Therefore my garden time was primarily spent planting two perennials and a tree - admittedly a four inch tall tree, but still...  (It was, by the way, my eagerly awaited Desert Willow, Chilopsis linearis "Lucretia Hamilton".)   I also found myself replanting a little Vernonia that I put in yesterday.  Vernonia lindheimeri var. leucophylla subsequently suffered a near miss from an exuberant dog, and a second look at it today confirmed that I had better pull it out and give it a better start.

Over the last week or two, I've been working to reduce the plant stash waiting to go into the ground.   One result of all this is, of course, a rapidly composed Monday Vase.  Another, however, is that this vase shows a couple of new faces: Lantana "Denver Red", which combined well with miniature rose "Daniela"... 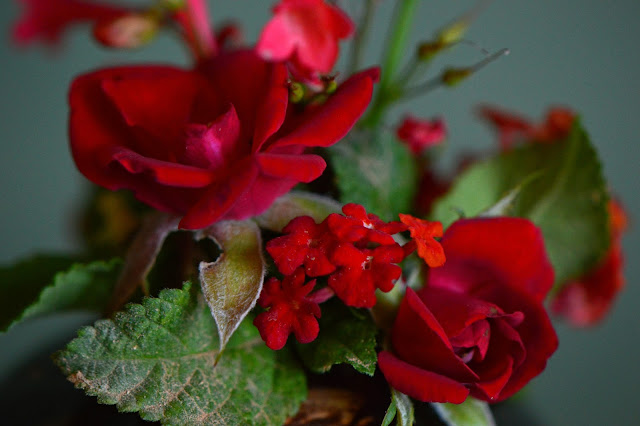 ...and a single long plume of Pennisetum rubrum. 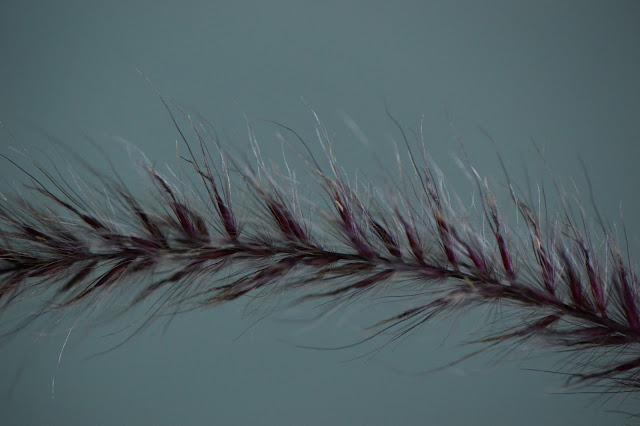 There is also the workhorse of garden and vase, Russelia equisetiformis "Big Red". 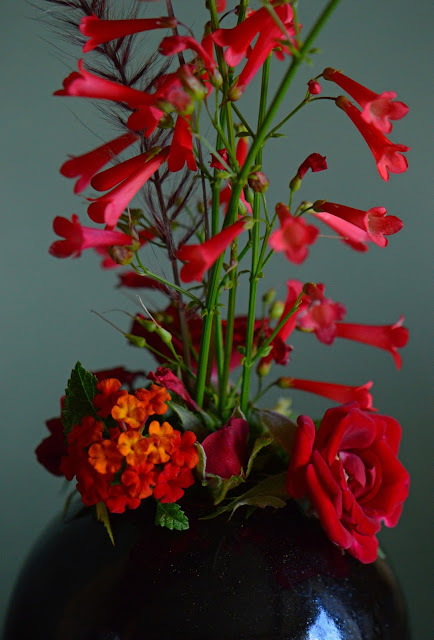 It was indubitably a plonked vase this week, but I had fun with the flowers.  As you can see, I have been deciding that I would no longer let the smell of lantana foliage upset me.  And in fact, I am making progress...  It is such a useful plant here - not invasive as it is in moister climates, but still tenacious enough to bloom off and on throughout the summer.  Denver Red is supposed to stay at about 24 in ( 61 cm) tall. 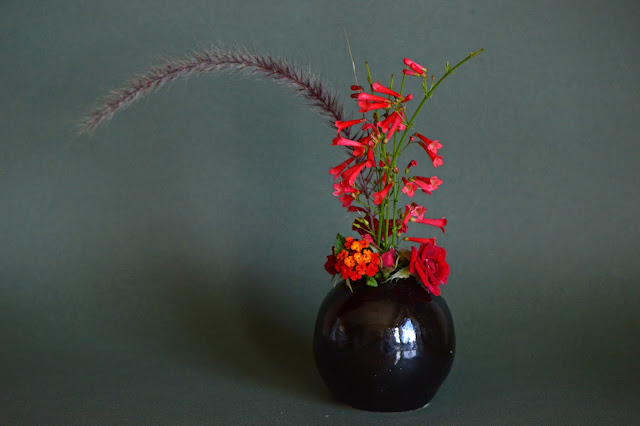 There are a good many wonderful colours in vases as so many of us are watching the seasons turn.  Do take a look at Rambling in the Garden  each Monday... 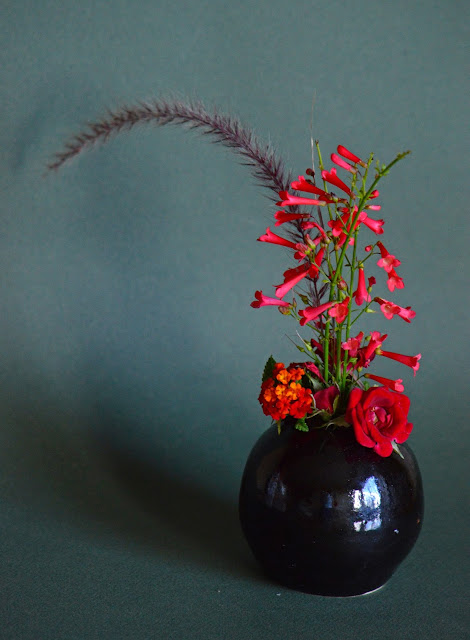