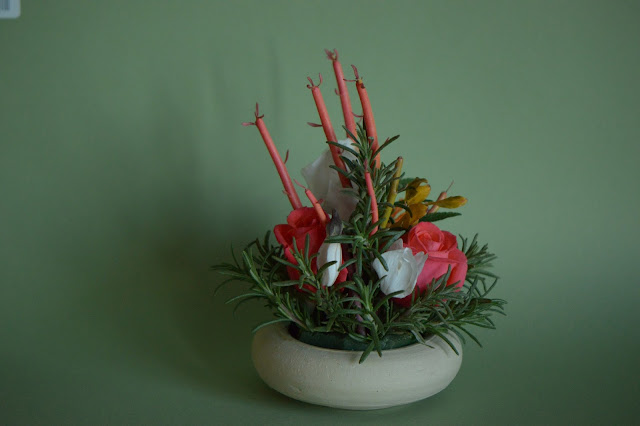 Today's vase includes some unusual characters.  I had the chance to put together several orange-toned flowers - not golden orange this time, but some more exotic versions of the hue.

First off, I was kindly given permission to cut a couple of perfect buds from my sister's rose "Tropicana", which has been blooming enthusiastically in an enormous pot on the back patio.  Classic hybrid tea blooms and stems (which I did not make the most of as I cut them quite short) give a certain elegance to their colour. 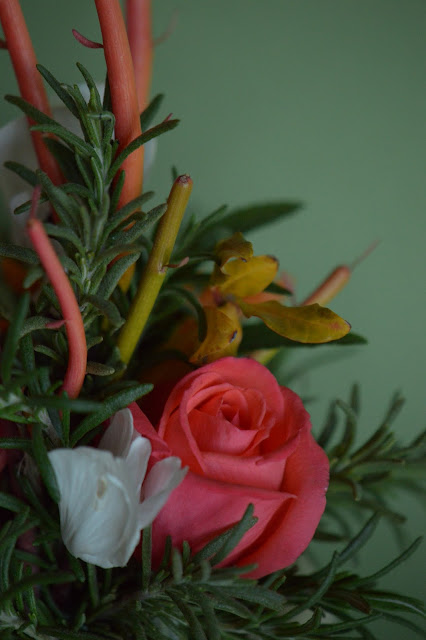 I know I have mentioned this before, but just in case anyone goes hunting for this rose, it was developed by Tantau and given the name Super Star in the UK.  I think there was some prior name usage conflict which prevented the same name being used in the US, where it was duly brought out as Tropicana.  Admittedly. I'm relying on my memory of a book I no longer have (by Harry Wheatcroft), but I think my memory is correct.

Behind, you can see some stems of Euphorbia "Firesticks", carrying on the idea.  Rather than dipping the Euphorbia stems in boiling water, I opted for the faster technique of singeing the cut ends, which seems to work well at blocking the oozing milky sap typical of Euphorbias.  The colour on this plant has deepened considerably with the coming of cooler weather, making it irresistable to try cutting some. 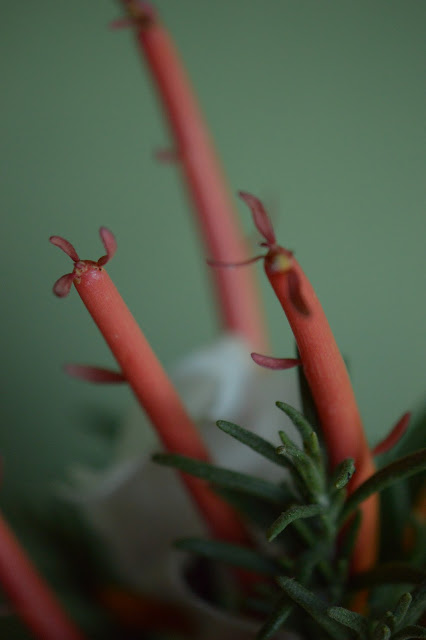 I slipped in a couple of white cyclamen flowers from a little potted plant. 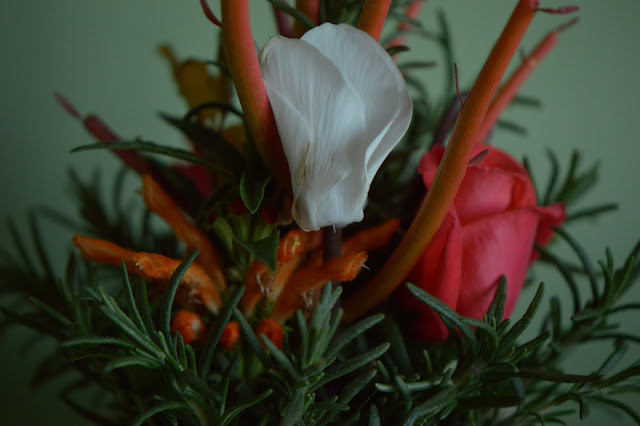 And the last bit of orange was supplied by a stem of Leonotis. 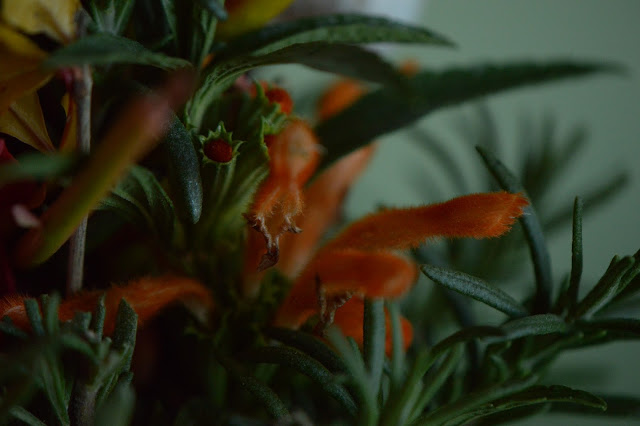 I clustered the flowers, with a good many rosemary clippings and a stem of yellow pomegranate leaves, in a low stoneware dish. 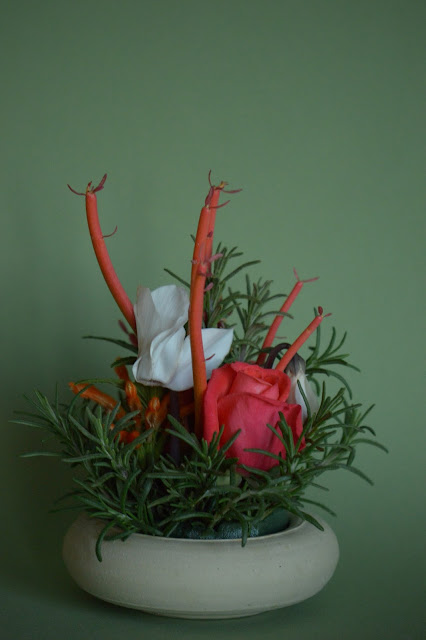 Not a perfect arrangement, but a fun one anyway!

I thought I would slip in a shot of Thursday's Thanksgiving Day vase as well.  It was plonked together very rapidly in between fixing cranberry sauce and cantaloupe salad, and making some stuffing.  And I couldn't take much time to photograph it, but here it is, along with a second bouquet by my sister (using Tropicana roses!) not to mention some food... 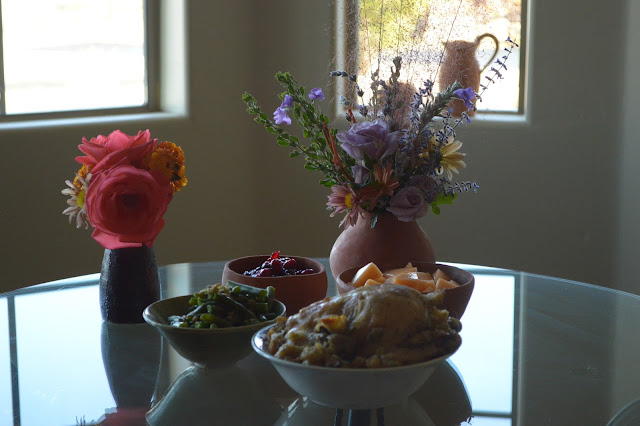 I hope all of you celebrating had a wonderful Thanksgiving!

And now it's Monday, so time for the Monday Vase meme with Cathy at Rambling in the Garden! 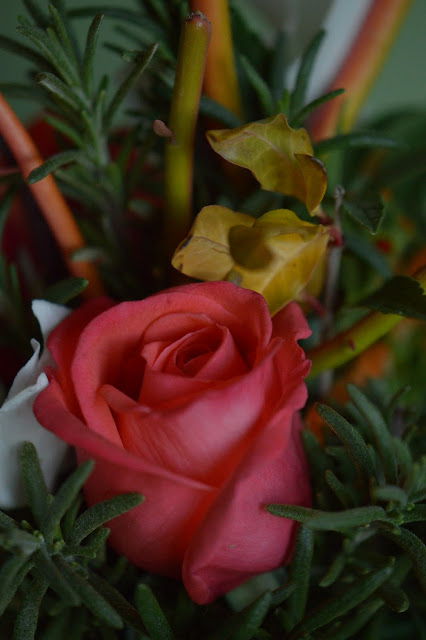