In a Vase: Embarras de Richesses 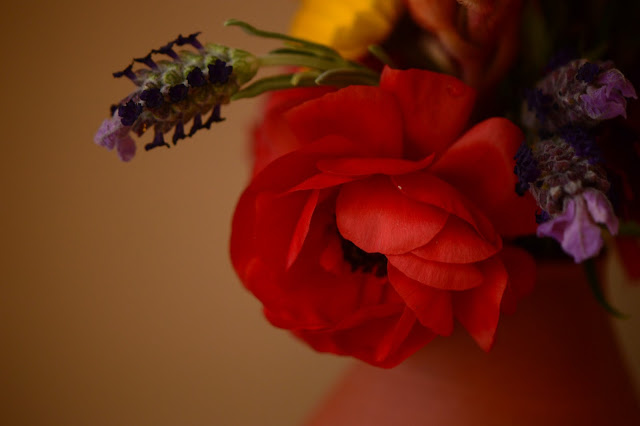 The garden is so full of bloom right now that I flung all sorts of flowers into today's vase.  I tried to keep the colours in the range inspired by the first two flower choices: the freesias and ranunculus blooms. 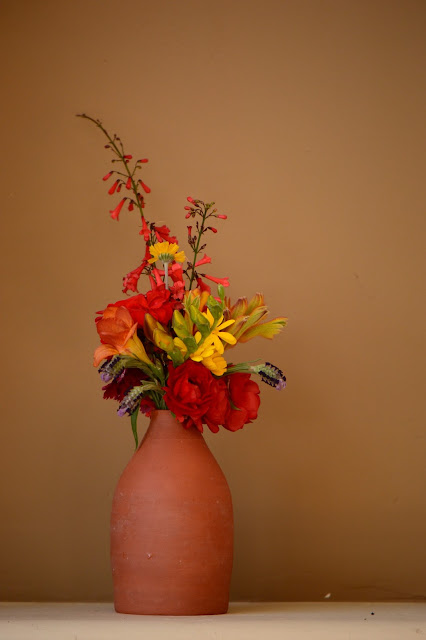 Each of these has just opened their first flowers within the last week, and I am thrilled with both.  The freesias were a bit of a surprise.  I had purchased a bargain pot full of spent freesias last spring, thinking they were bright yellow.  What was my excitement a few days ago when they opened a rich bronze! 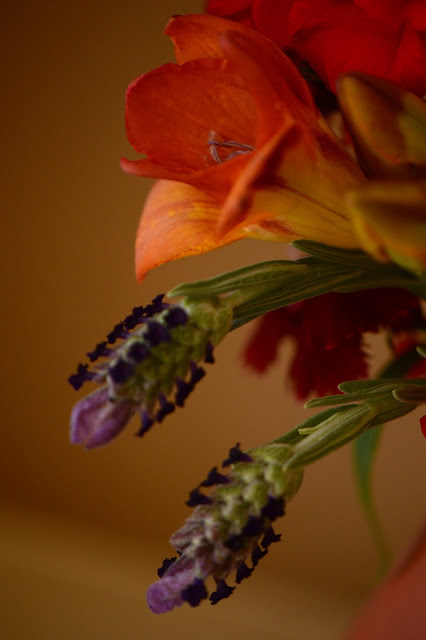 As for the ranunculus, they were a batch of mixed colours, planted as bare tubers last autumn and hovered over as the days began to grow longer.  They seem to require frequent watering so I'm not sure how good a choice they are for this garden in the long term.  But their flowers are magnificent, and I'm very pleased to have them finally begin blooming!  The first opened yellow, but more recently some wonderful scarlets have appeared.  (For a full photo series of the scarlet ranunculus, see my post at Journal of a Thousand Things.) 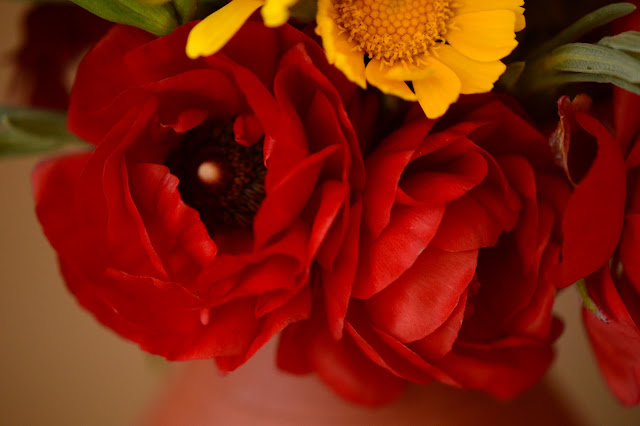 Then there were the Kangaroo Paws (Anigozanthos flavidus), also recently opened. 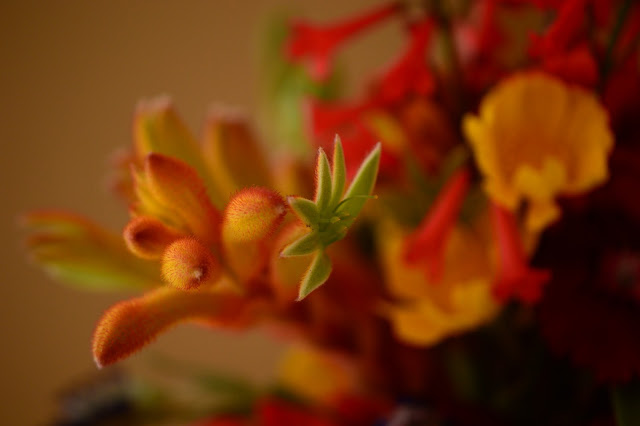 Plus the daisies: Argyranthemum frutescens... 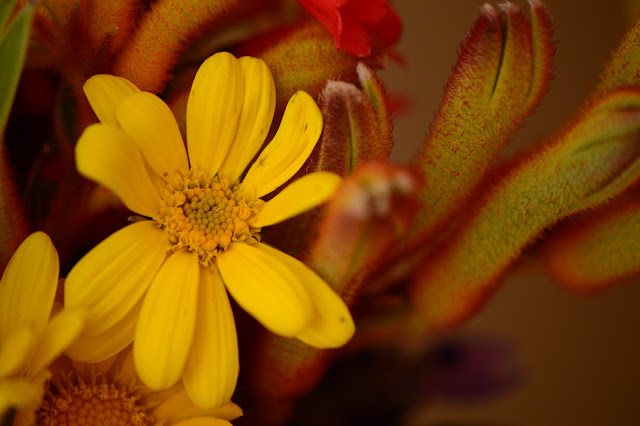 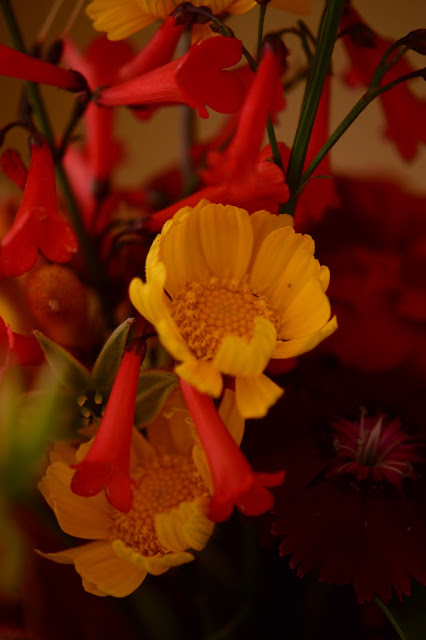 Russelia equisetiformis to add some height... 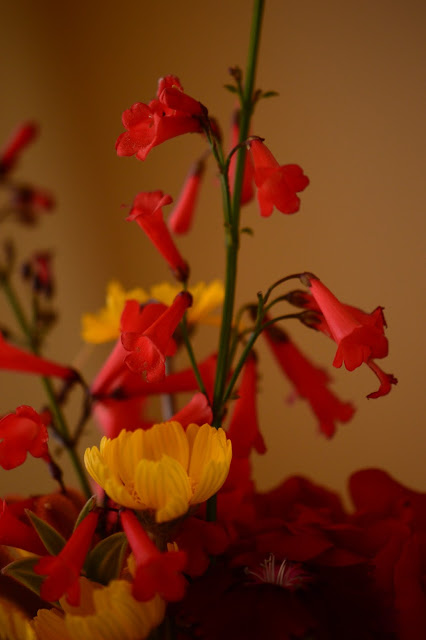 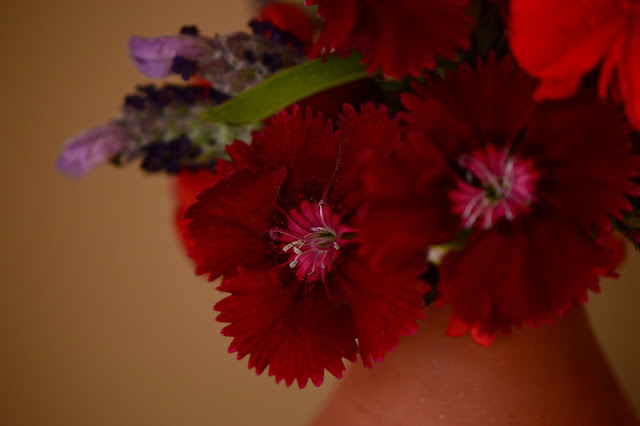 ...with sprigs of Lavendula stoechas "Madrid" and a cluster of simple scarlet Pelargonium.  Everything is slipped into an earthenware vase I made a couple of years ago. 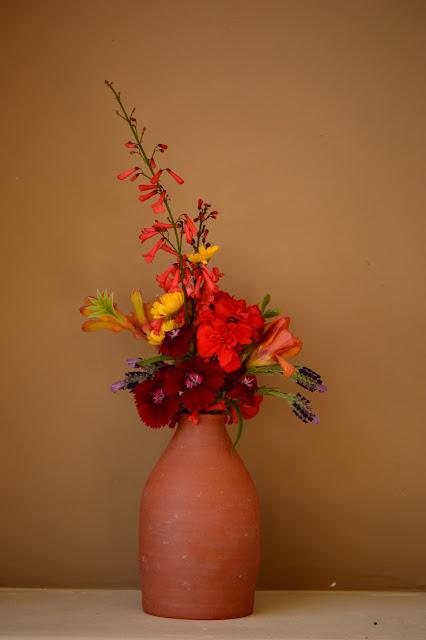 It's quite an exotic mix, with flowers from at least four continents. 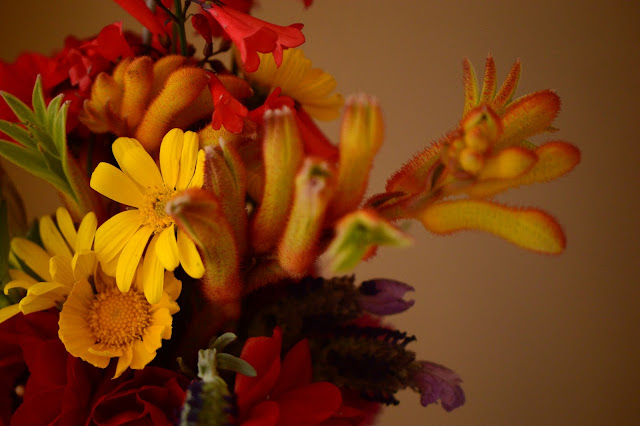 It's quite exciting to have this much material to use for a Monday vase, just a year and a half from beginning the garden!  Some of this is due to the inspiration of the meme itself: a big thank you to Cathy at Rambling in the Garden! 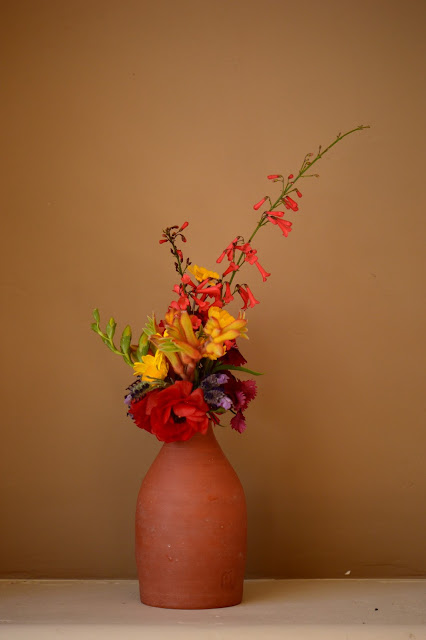 Have a great week! 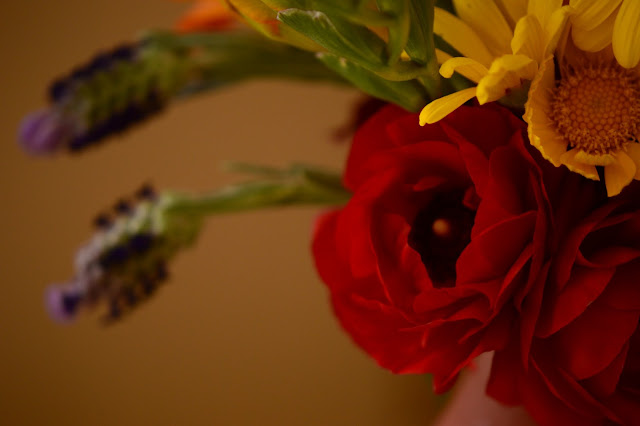