In a Vase: April? 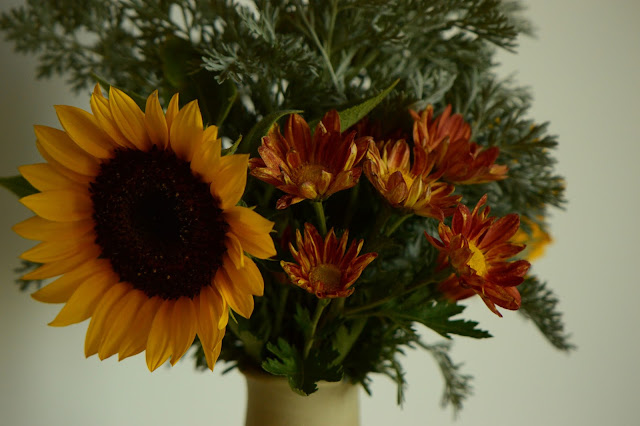 As I mentioned in a recent post, it has seemed a little surprising to have sunflowers blooming in April.  And now chrysanthemums!

At any rate, there was no question what the contents of today's vase would be.  I didn't want to miss the opportunity to feature these two together in a vase.  In springtime. 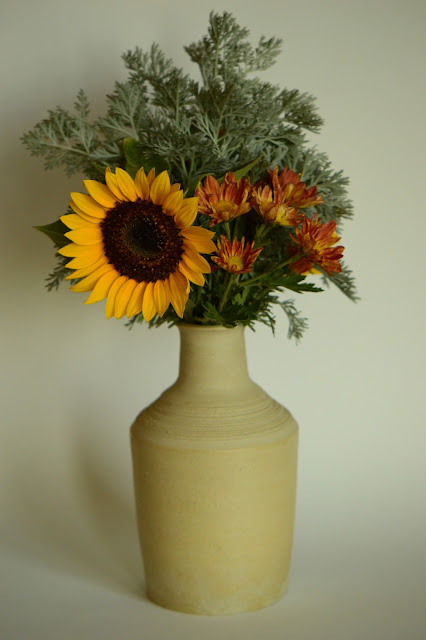 This chrysanthemum was an unnamed box store purchase last autumn when it was in full bloom.  After resting through winter, it is now putting out a new burst of flowers.  I expected to treat it as an annual, which it may yet be once summer takes hold.  But in the meantime, it is looking lush and setting quite a few buds.  I'm not pinching them; I'd rather let it get through a cycle of bloom at its own speed before the weather turns irreversibly hot. 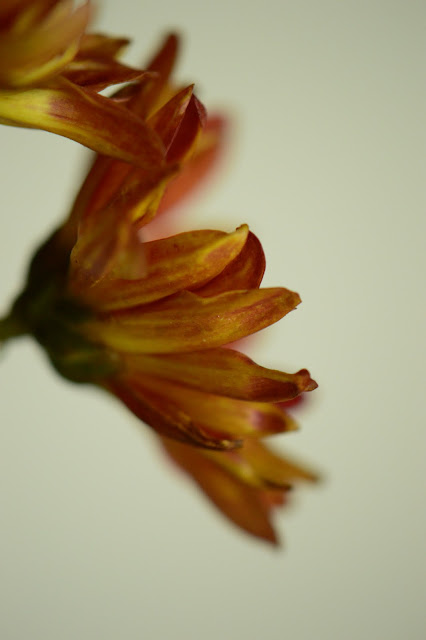 Individual flowers are a bit ragged, as well they may be, given the near-gale force winds we have been having.  Not to complain, they have blown cooler air back into the region! 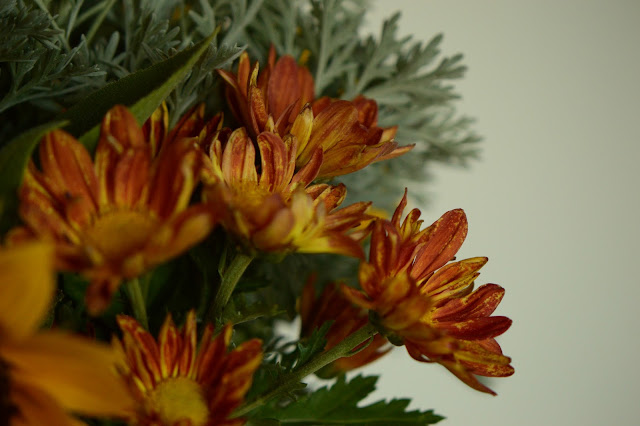 The sunflowers are from a packet of "Cutting Gold" seeds.  They are thriving despite a recent aphid attack.  So far I am able to control the aphids by hosing the plants down.  It probably doesn't help to have a healthy ant colony nearby!

But, in fact, the sunflowers seem to be supporting a good deal of small garden life.  I had to remove a miniscule bee and a large spider from kitchen sink to garden after bringing the first sunflower in.  For the second, there was the wasp I slid onto the blades of my pruning shears and transferred to another sunflower.  I think everything was holding on hard to any shelter from the winds.  But there are limits as to what one wants indoors.  I preferred to just have flowers! 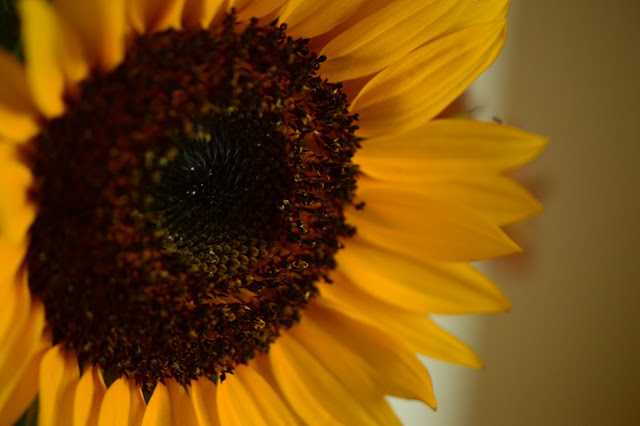 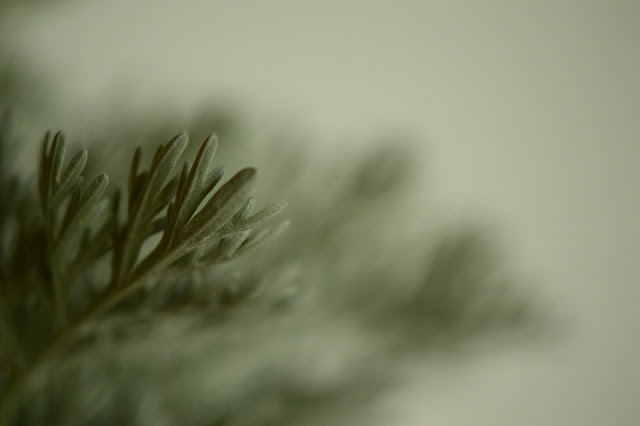 ...whose silver foliage filled out the bouquet.  I used my handthrown stoneware vase with narrow neck and textured shoulder for today's flowers. 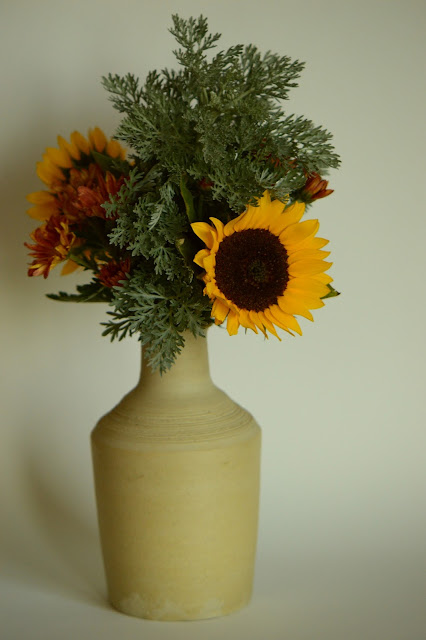 So although I'm not sure what the usual bloom times of these flowers may be here, I'm enjoying a little burst of near-autumn in April. 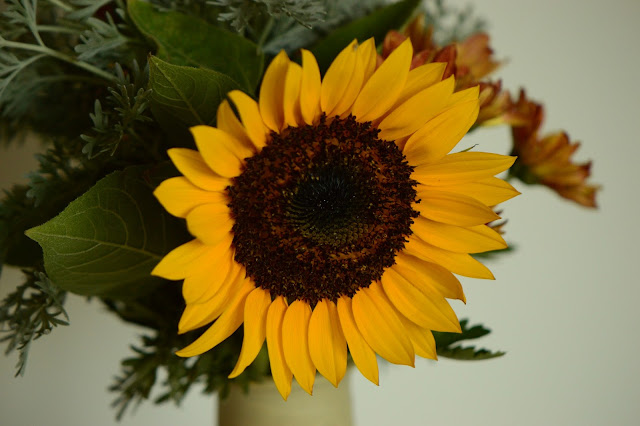 To see what other gardeners are finding to put in vases on this last Monday in April, do check Cathy's post at Rambling in the Garden. 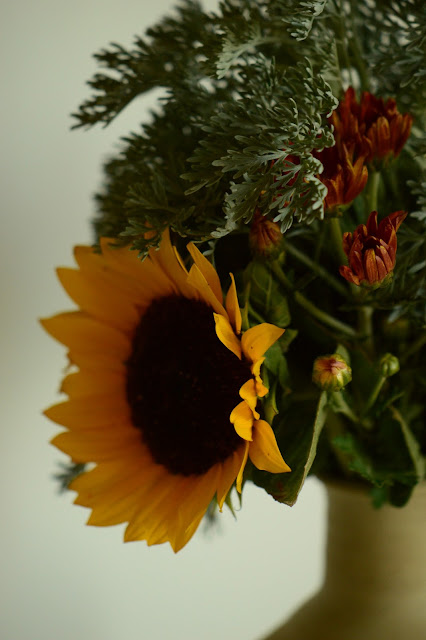