In a Vase: Escaping the Inferno 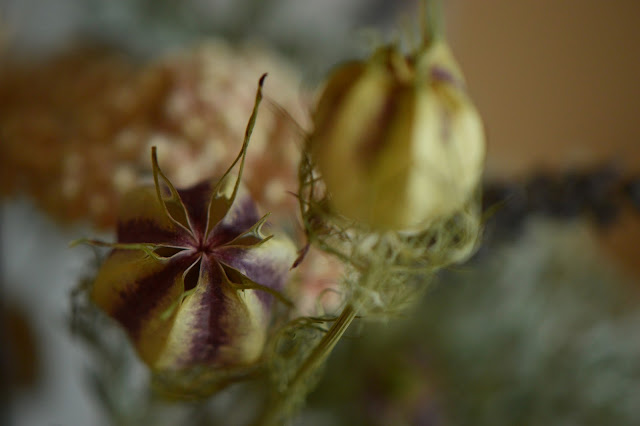 In defense of the garden, there are some lovely flowers in bloom today.  Lagerstroemia, rose William Shakespeare 2000, miniature roses, lantana, Catharanthus roseus, even Dianthus, could each have supplied material for a vase.  However, I decided to use dried flowers for today's vase.  There are two reasons why.  One, I picked the material months ago and have been saving it back for midsummer, so why not go ahead and feature it?  Two, frankly I did not feel like merrily touring the garden, clippers in hand.

It's hard to feel like doing anything in the heat. 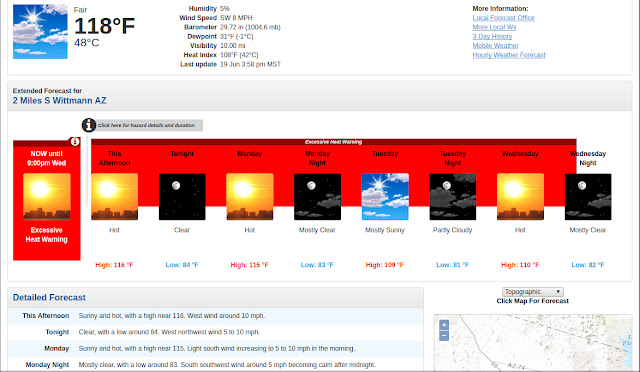 Yes, 118 F/48 C yesterday.  Last night we could just see the blaze of a 40 acre brush fire, fortunately extinguished during the night.  This morning the smell of smoke drifted over us on the hot wind.  Today is officially not so bad with a maximum so far of 115 F/46 C.  But I've spent my outdoors time caring for my horse, watering plants, and keeping water available for the wild birds.  It is not a day to just enjoy being out in the grand outdoors!

So I decided to make the most of having dried material already on hand for the Monday Vase. 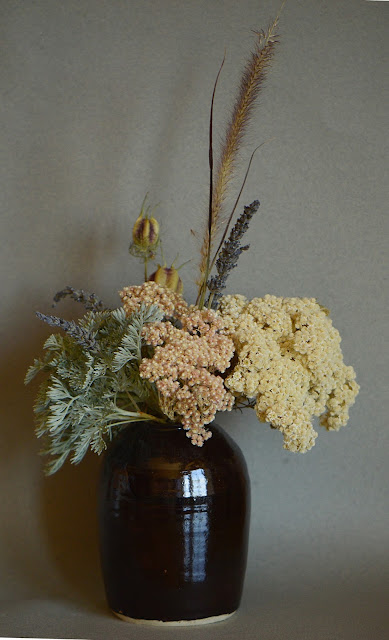 If I had been more forward with picking earlier in the year, I could now have had a lot more; but as it is, here are Ozothamnus diosmifolius (the pink flowers were picked at an earlier stage than the white, which were fully bloomed out when cut)... 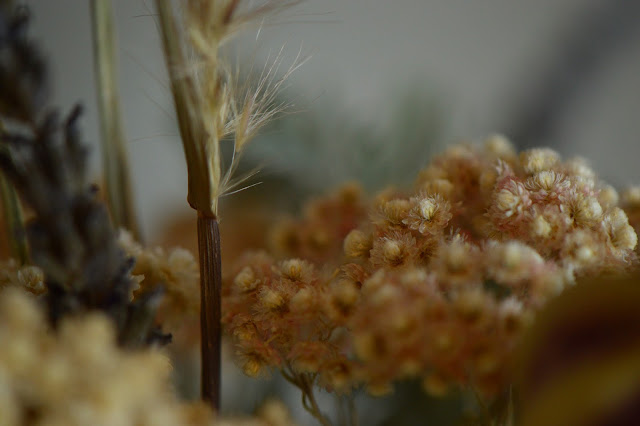 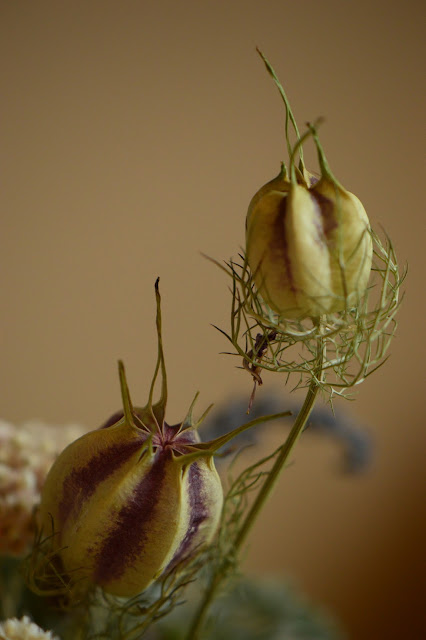 ...lavender, and a single stem of Pennisetum setaceum rubrum.  I almost went out to pick more grass stems; but when I started to the door, I could see one of our Mourning Doves getting a drink on the patio.  Mourning Doves are much more timid than Rock Pigeons or Ring-neck Pigeons, both of which also reside around our home, so I was doubly hesitant to disturb her.  I decided to use just the single previously cut stem. 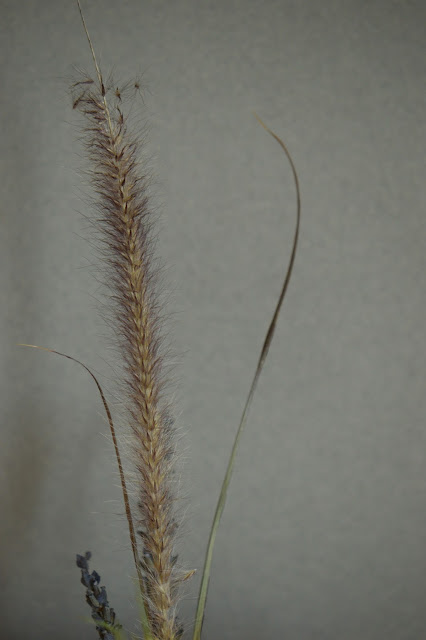 There is also a clump of Artemesia "Powis Castle" from a vase two weeks ago.  It has lasted very well, but in water.  We shall see what becomes of it dry, as I know it can wilt down badly.  So far, though, it is holding up well. 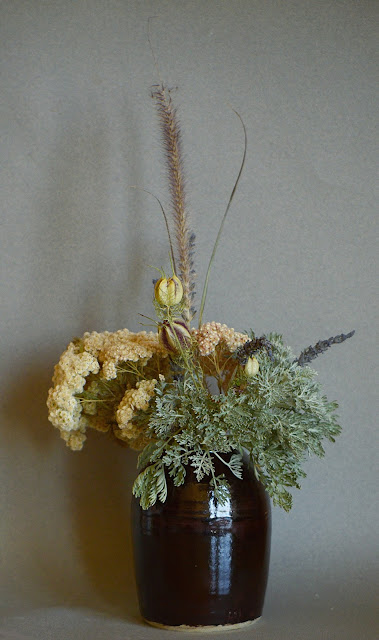 I used a vase I made specifically for Monday flowers, handthrown last year but only recently glazed with a very dark brown glaze and fired. 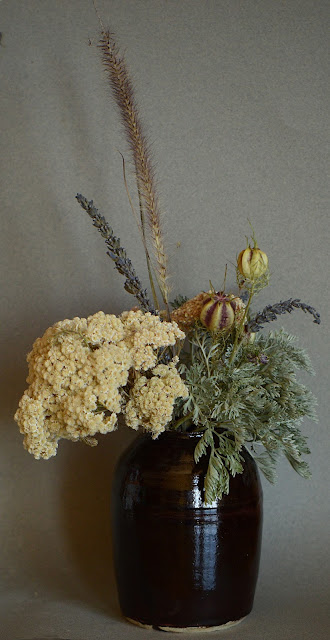 So here is hoping for some cooler weather!  Meantime, it will be good to see what everyone is doing for Monday Vases around the world.  Here is the link at Rambling in the Garden. 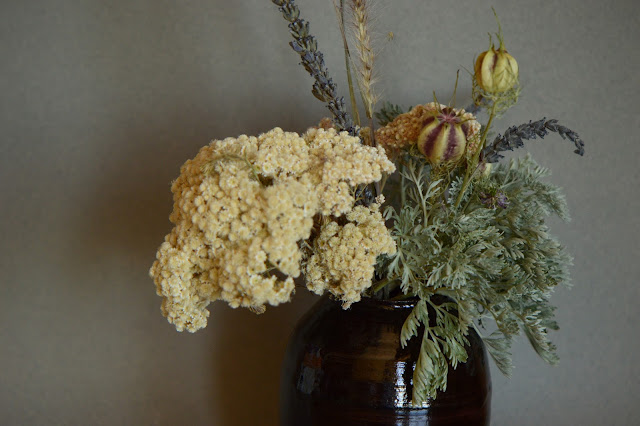