Six on Saturday: from the Monsoon Rains 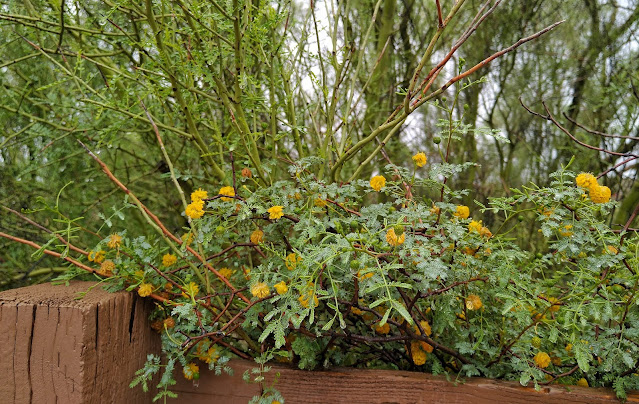 It's all about the rain right now.  Here at our new home, this month's monsoon rains have been torrential but much-appreciated by the growing things.

When we arrived, most of these plants were leafless or looked to be dead or dying.  But the rains have been falling for several weeks now, and the results are delightful.

At the top of the page is sweet acacia (Vachellia farnesiana) in full bloom.  The lot is full of these, ranging from small trees down to shrubs on down to sprouts and seedlings at ground level.  I shall have to begin weeding them out, there are so many!  The scent is wonderful.

The palo verdes are leafing out as well.  Their bloom time is mid-spring, but they are breaking their summer-deciduous dormancy in response to the rain.

I realize as I write this that I've assumed this is Parkinsonia florida, the blue Palo Verde, but I haven't checked it out.  There are some other wild varieties in southern Arizona, and I need to confirm just which one this is.  Lovely, in any case. 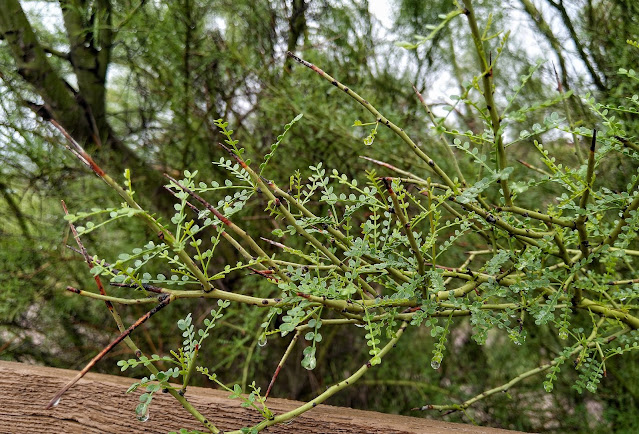 Another plant that was leafless when we arrived is this smallish ocotillo (Fouquieria splendens), which is now such a mass of leaves that those long thorns are nearly invisible.  I've wanted an ocotillo of my own for years, and here is one already in the ground and, apparently, thriving.

It did look like a cluster of dead sticks when we arrived, but that is to be expected of an ocotillo in June.  It responded with leaves within two or three days of my giving it a quick spray of water.  (Temperatures were at record highs when we arrived.)  Since then the monsoon rain has kept it quite happy. 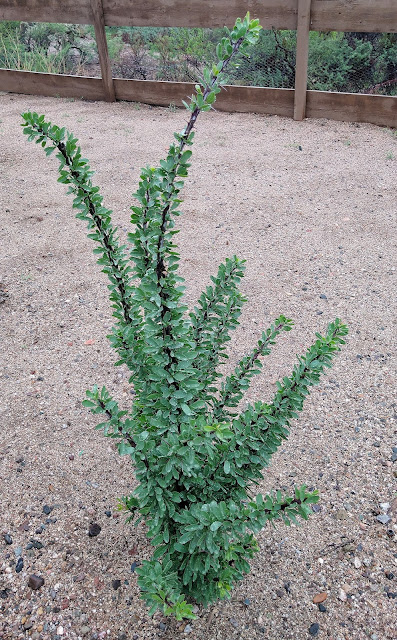 No leaves sprout on cacti, of course, but the young saguaro has clearly been drinking heartily.  Its ribs feel taut to the touch right now!

I consider it an honor, more than anything else, to have a saguaro in my garden.  I've taken the liberty of christening this one Bungo.

The two half-price Salvia farinacea that I rescued are settling in nicely beneath the small kumquat... 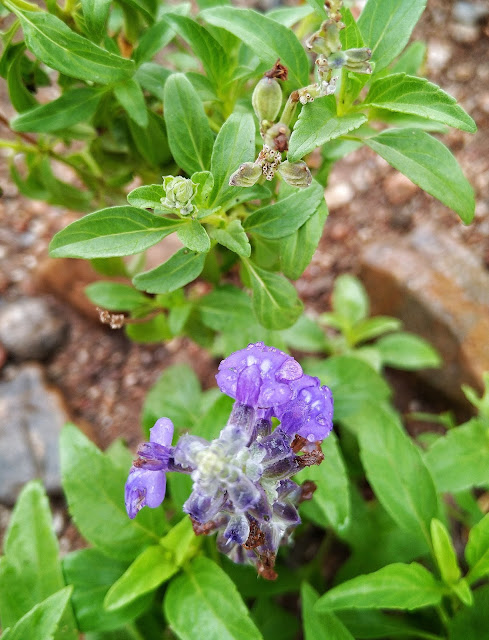 ...while the kumquat itself is recovering well.  Its leaves were withering and ready to drop when we came.  Now it not only has new growth but has begun to flower as well.  Yes, the scent is delicious. 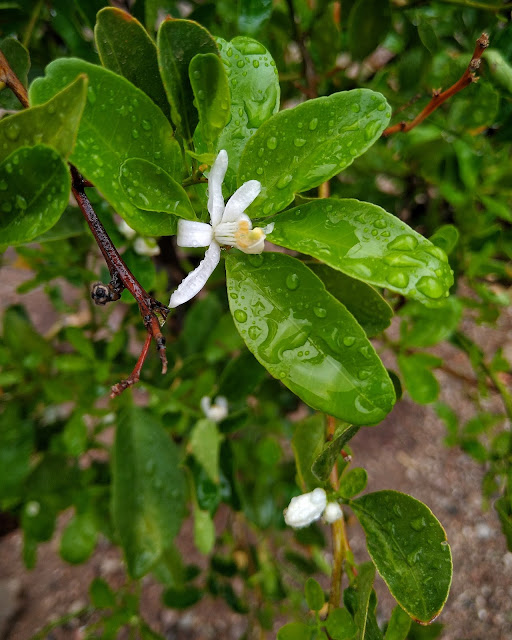 Not a bad six for a start, I think!  After a difficult time leaving Missouri, followed by a rough first month here, (we were frankly sick with the stress and fatigue of it all) it looks like we are settling in.  I'll be posting more soon, if all goes well.  There is so much to discover here, and it is certainly a different part of the desert than my previous garden.  Still the Sonora, but at about 4000 feet elevation as well as further south.  There will be much to learn.

Meantime, this is my first Six on Saturday post, linking with the Propagator's weekly theme.  I've looked forward to participating but decided to wait until I could start blogging and gardening anew here.