Monday Vase: Far from the Sea 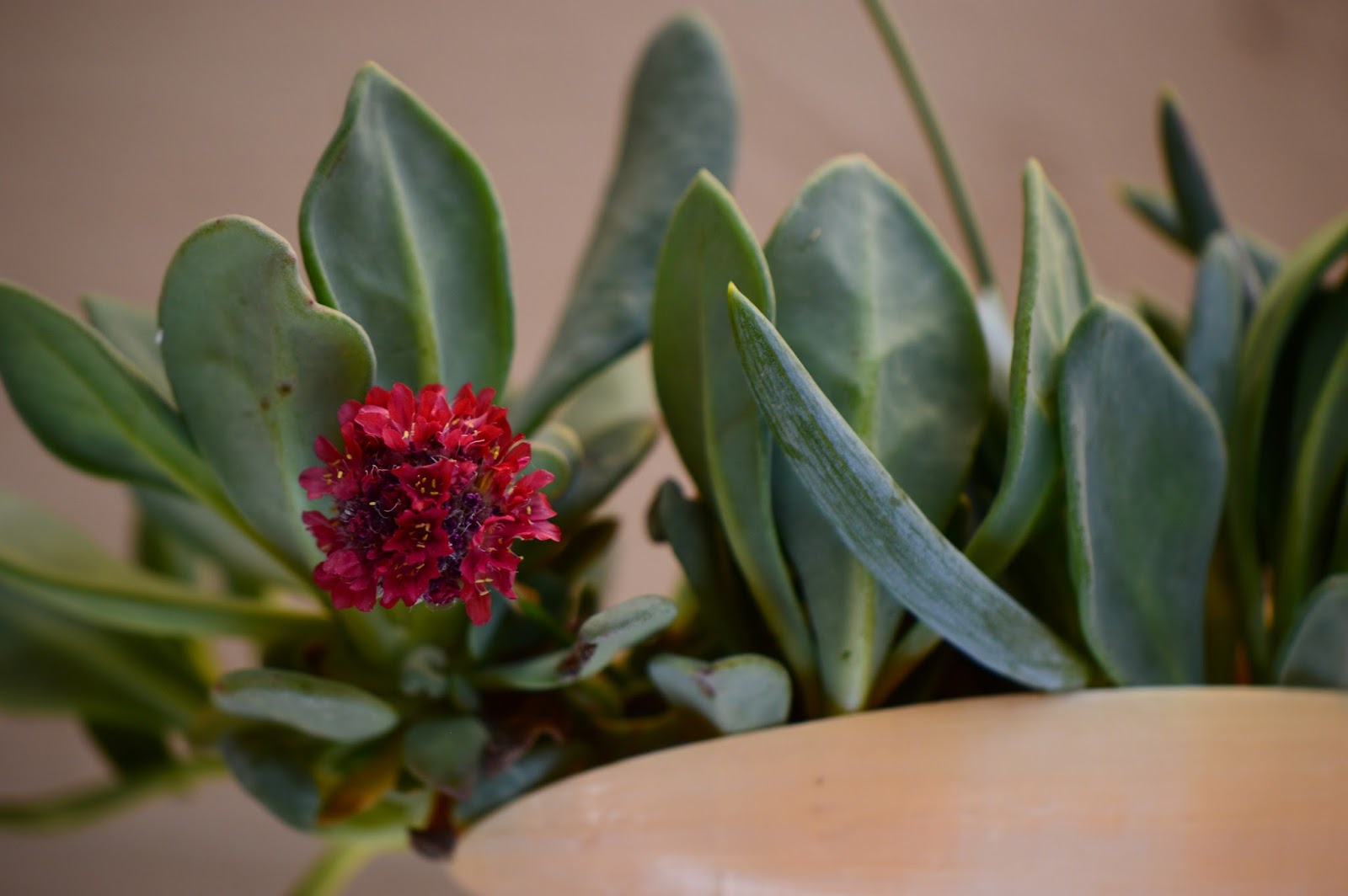 Today's vase must be considered in the light of an experiment.  The idea was one which I'd had over a month ago: combine succulent foliage - particularly Senecio "Blue Fingers" - with a seashell.  The succulents do sometimes have a curious sea-look to their fleshy leaves, and the seashell will hold water.

All very true, but getting the shell to stay put and not roll over necessitated use of unsightly wads of Sculpey, the polymer clay, all round the base of the shell.  (I tried less at first and spilled water over an envelope all ready to send to the accountant.  I've been that way today - brainless!)  I set everything up on a small mirrored square, and it has stayed successfully in place.

So with that explanation, here is the result. 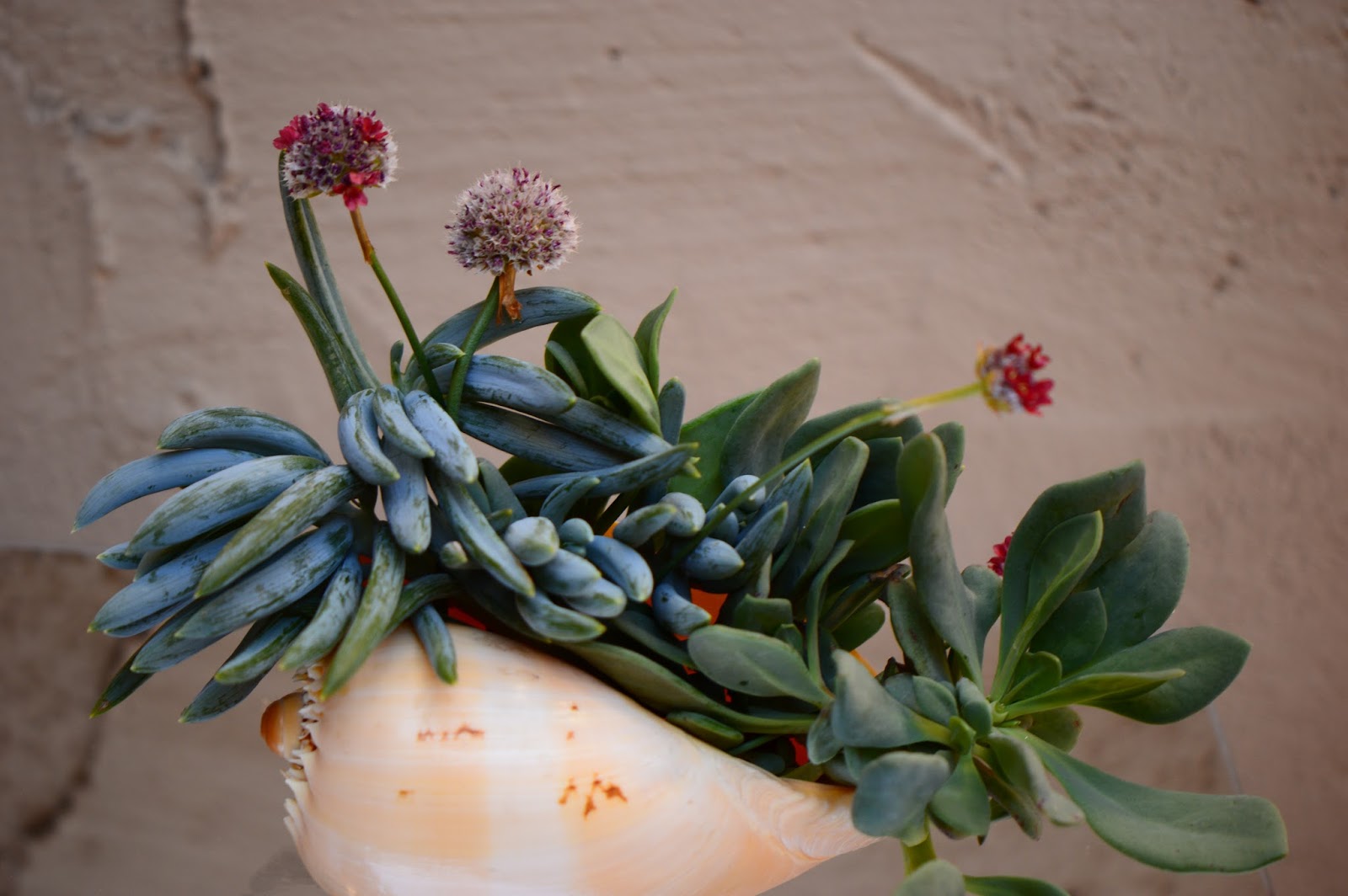 In addition to the Senecio, I added a sizeable clump of Calandrinia grandiflora foliage.  This plant, which was all but gone last December, has made a heartwarming (frightening?) recovery.  This is the greyer, rounder foliage at the narrow end.  And then four Armeria heads, some nearly spent, some new, were slipped in to complete the effect. 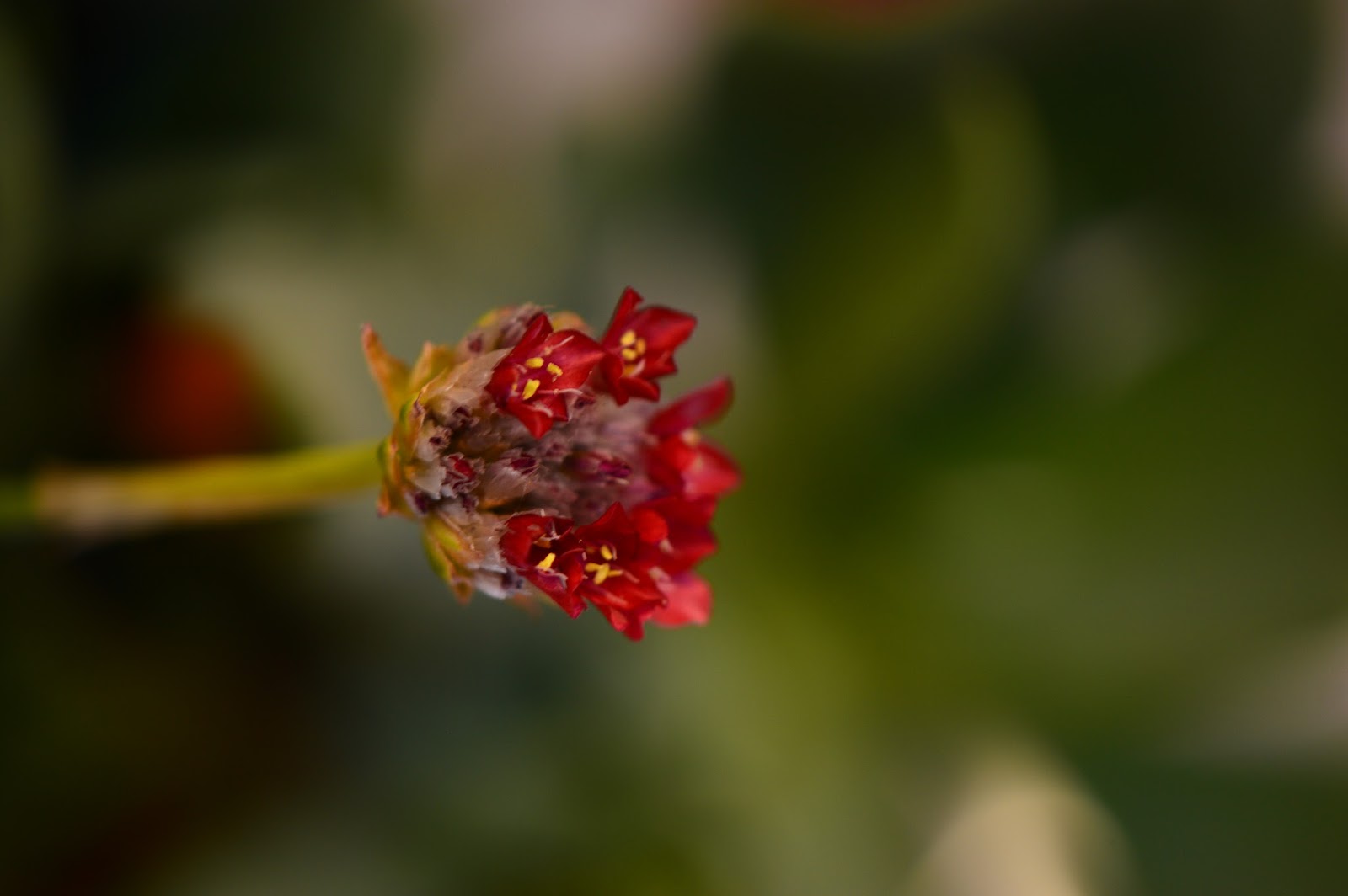 And for those of you who are noticing a totally different look to the blog... well, that may be one reason I've been a little flighty today.  With the template I was using, I had been unable to set up for subscription and the text had somehow become jammed at too small a size.  I've been tinkering off and on for weeks but finally decided that perhaps it wasn't all user error.  It might be my choice of template.  In attempting to change things I went through various adventures, from apparently resetting the template to one I detested, to - much worse - finding that it showed only code... no blog at all...

I think it was worse on this end than anywhere else - some of you may know differently!  At any rate, the blog is reconfigured at last, and it has subscription widgets and 16 pt text.  Maybe the text size is a little too large now?  I'd really appreciate feedback!

Despite it all, I did finally manage to create my experimental seashell project to join with Cathy's Monday Vase meme at Rambling in the Garden.  I'm still intrigued with this idea and hope to play with it again sometime. 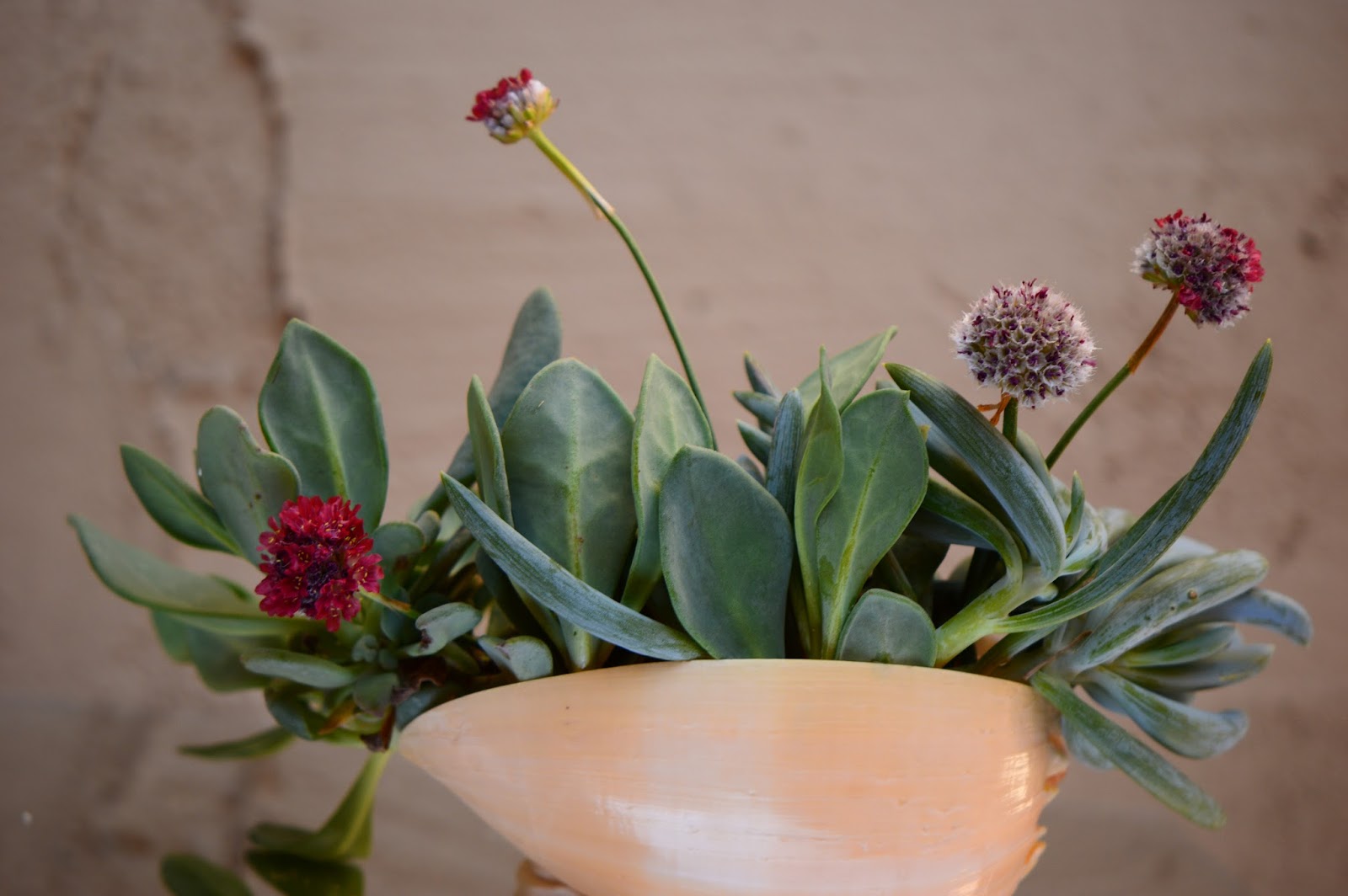