Monday Vase on Tuesday: Simplicity Itself 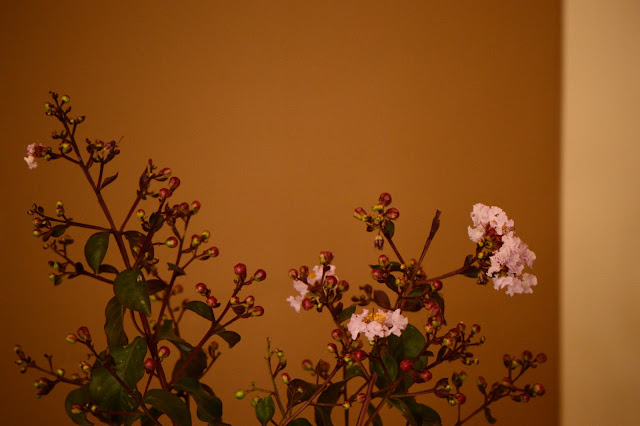 So now for a Tuesday vase...

Yesterday I was working furiously on a painting and could not grab time for a vase; my garden time went almost entirely to watering: a daily excursion at present and a fairly rigourous assignment as I still feel the garden is too sparse to warrant laying out the soaker hose.  (Which is already waiting in the garage!)  This morning I was determined to put a vase together, but it had to be done rapidly as I was off to get an oil change at the auto repair shop.  Simplicity was of the essence.

I had been debating clipping back a stem or two of the beautiful crape myrtle (Lagerstroemia "Rhapsody in Pink") planted a few weeks ago.  The intention is to train it as a small tree; therefore some of the stems must go.  But it was a mistaken cut that took two of the little branches this morning: I only meant to cut one as I have no idea whether it might stress the plant badly to prune it much in this weather!  Hopefully not; and the deed being done, I set the two stems in my earthenware jug and photographed them. 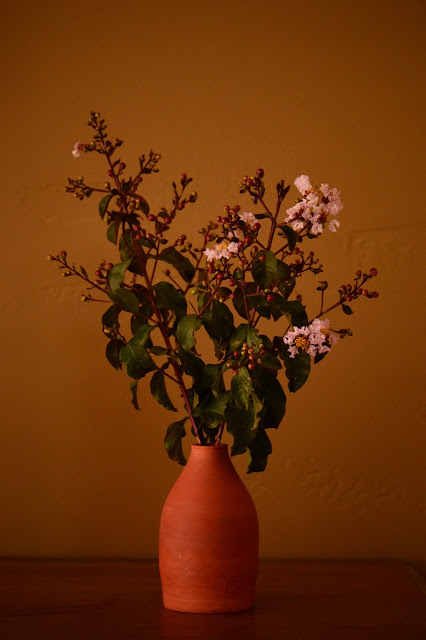 Most of the flowers are gone by now; but the foliage is elegant enough on its own, and the few remaining blooms hint at what a lovely, frothy effect the plant gives in full bloom. 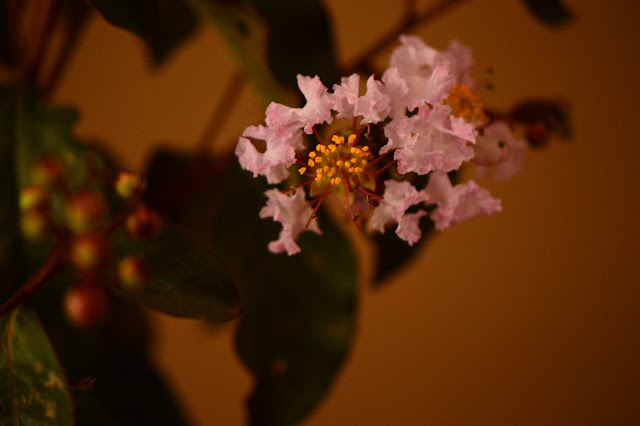 The oil change having turned into a four hour repair job with bill according, I am finally home and able to post my "Monday Vase".  Despite its being Tuesday now, I am linking to Cathy's meme, where there are many other summer vases to be enjoyed - Cathy's being a wonderfully cool selection for a rather warm day!

By the way, the stems did not last long cut.  Does anyone have recommendations for conditioning Lagerstroemia for cutting?  I split the stem ends as they are so woody, but I did nothing else.  It's such a beautiful thing - flowers and foliage both.  I would love to be able to use it for future vases... sometime next spring, perhaps...! 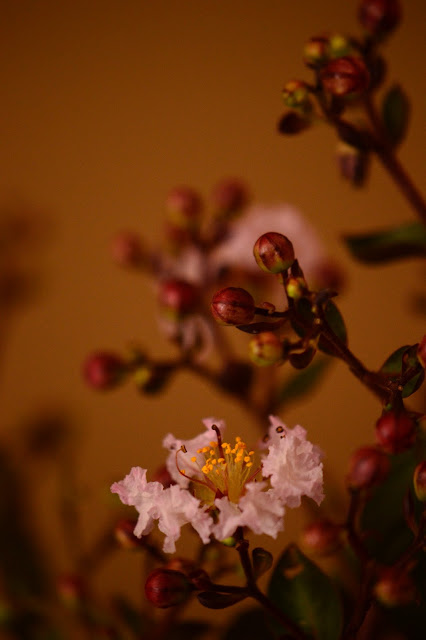