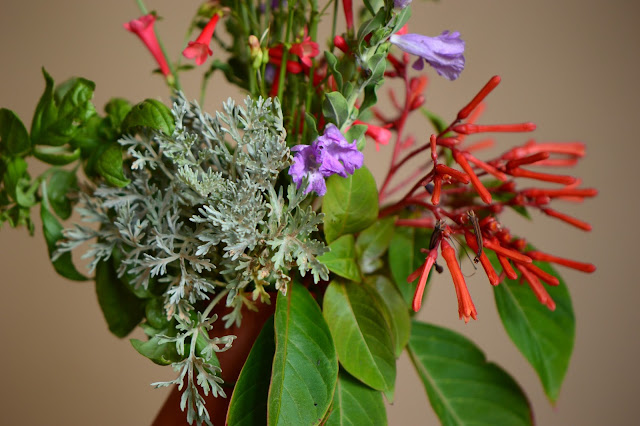 Though there is nothing borrowed for today's vase, there certainly were "something old, something new" and, for that matter, "something blue" according to the old rhyme.

The something old was a good handful of stems from Russelia equisetiformis, which apparently blooms indefinitely! 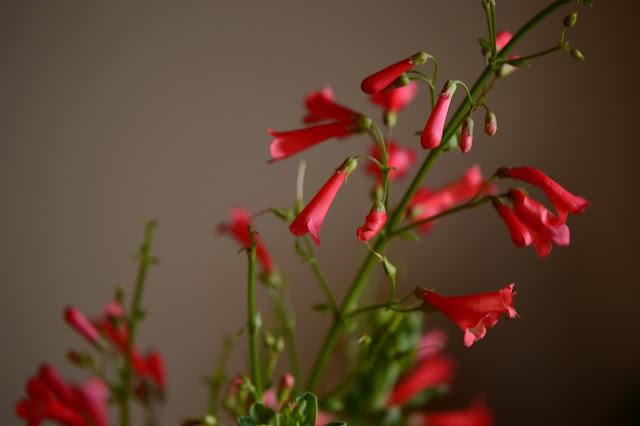 Something new is the orange-scarlet trumpets of Hamelia patens, one of my shrubs-in-waiting.  Known commonly as Firebush, it is expected to reach approximately 6 ft (1.8 m) in height and, I suppose, spread.  This is my first deliberate purchase for the new North Border.  The leaves are lovely as well as the flowers, and the foliage is said to exhibit some colour change for autumn - a fairly unusual feature in this mild-winter climate! 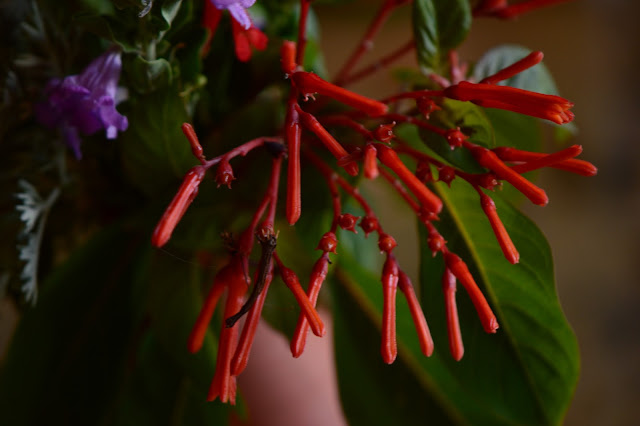 Something blue - or very nearly - is the bell-trumpets of Leucophyllum.  It bloomed massively again a few days ago, but most of the flowers are now on the ground following a brief but heavy rain.  The foliage alone is a worthy addition to a vase, and I was happy to still be able to include a few of the blossoms. 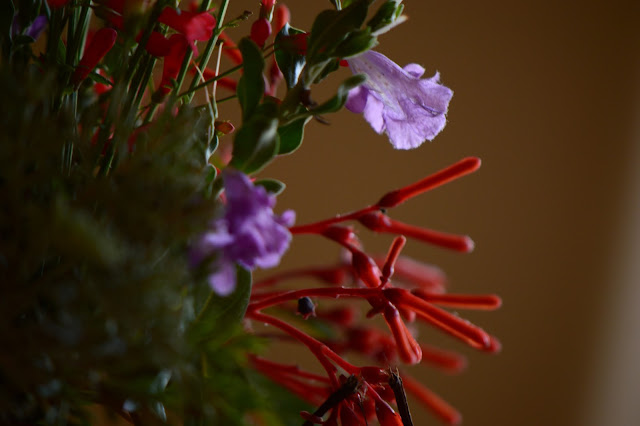 The other components were both from foliage plants as well: a couple of sprigs of sweet basil and a spray from Artemisia "Powis Castle", which helped to bulk up the bouquet as well as adding a nice range of leaf colours. 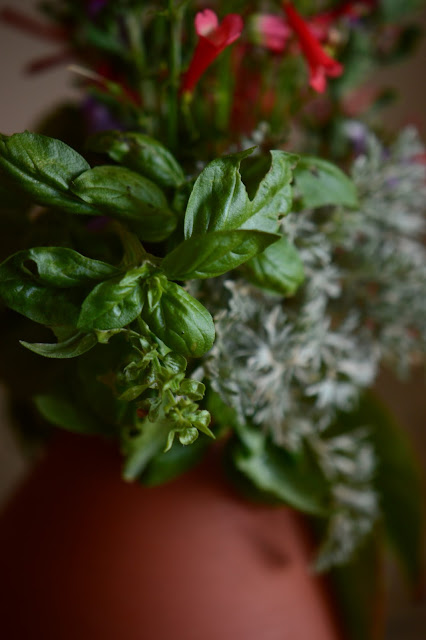 \
All went together into my favourite earthenware bottle, one I made last year.  It has a narrow mouth but is big enough to hold a little more material than I usually have available. 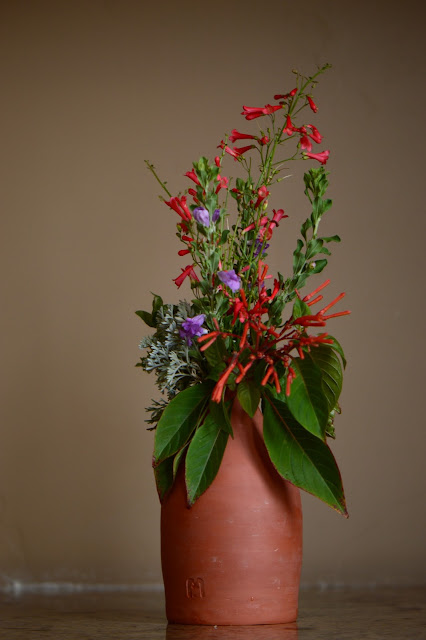 So many desert-adapted plants have tiny leaves (other than the succulents, which I haven't used much yet), that it was quite a treat to work with the big leaves of the Hamelia.  It's unlike anything else in this garden, reminding me of more temperate climate shrubs.  I need to see where it is from originally, but I understand it has come into common use across Texas, which is often a fair recommendation for trial here in the case of shrubs and perennials.

Linking rather late with Cathy's meme at Rambling in the Garden, where I hope to look over the other participating posts tomorrow... or rather, later today as we just passed midnight here...

By the way, I have had difficulties commenting on posts lately.  I leave comments only to see them disappear when I thought they were posted!  I know this is happening on WordPress sites - I haven't had a chance to check more closely.  But please be aware that I am more silent than absent, having enjoyed more than one post from friends and then finding myself unable to comment!

In any case, Happy Monday! 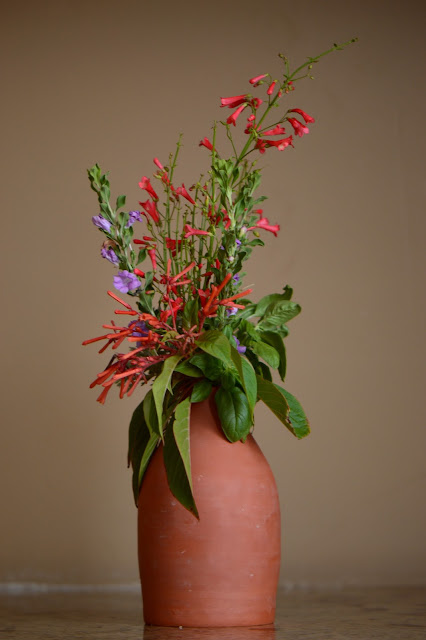