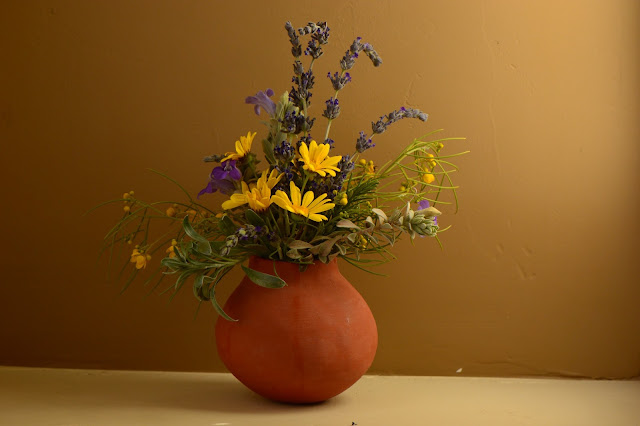 Far from the winter weather descending on eastern regions of the country, Arizona is moving rapidly toward spring.  One can feel the change of season here.  Clouds and chilly weather have suddenly given way to the bluest of skies, and warm clothes are only for evening cool.  The garden is responding in kind.  A few spring beauties are beginning to show, and plants that were already in bloom are putting out a plenitude of flowers.

It is from the latter that I cut today's vaseful.  Yellow marguerite daisies (Argyranthemum frutescens)... 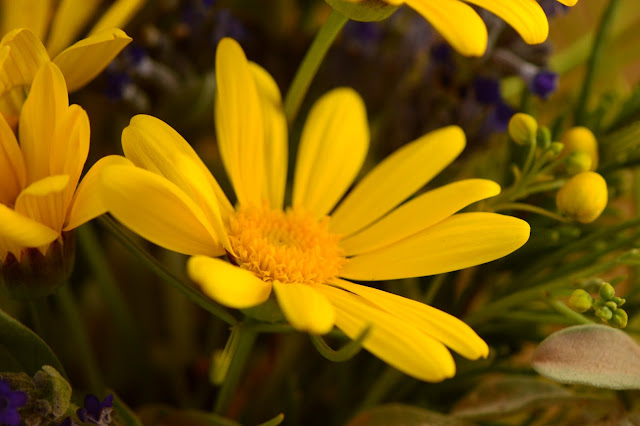 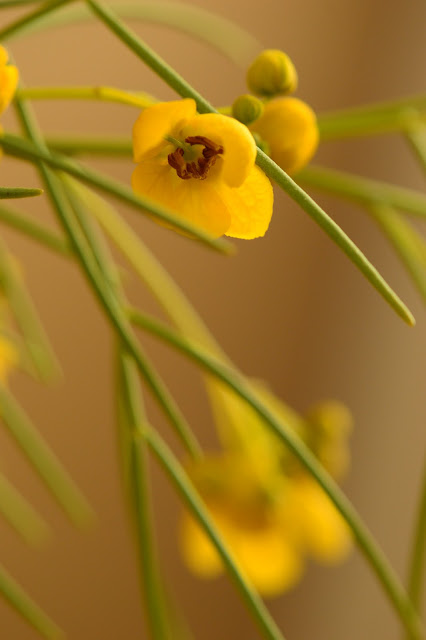 ...combine with the cool hues of Lavender "Goodwin's Creek Gray"... 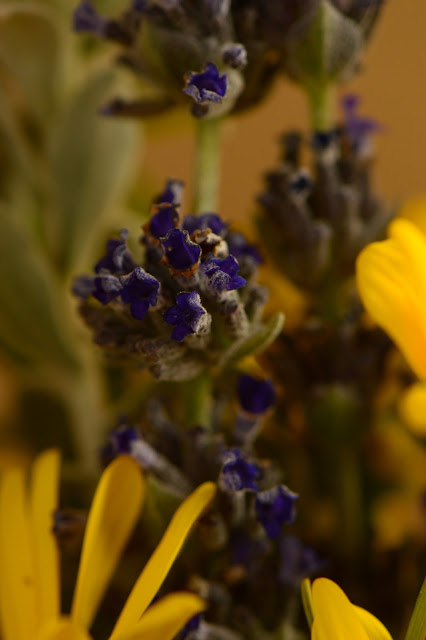 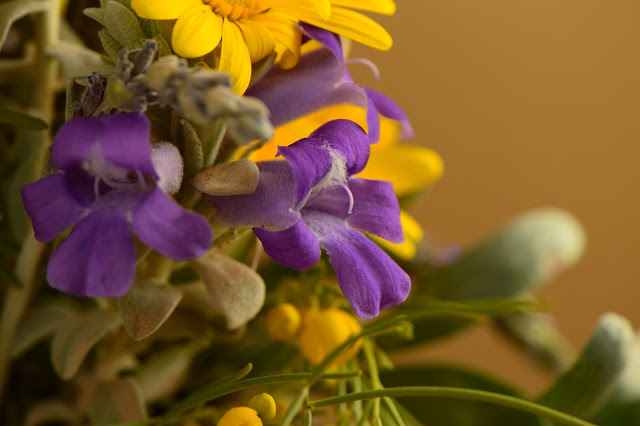 ...to make a vase in purple and yellow tones. 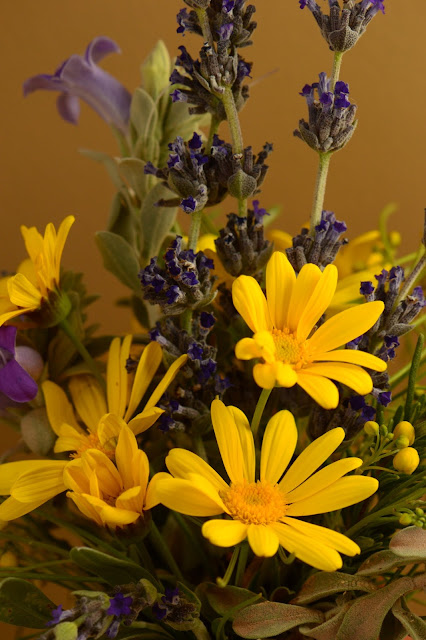 The silver foliage of the Eremophila begged for the addition of more silver from Convolvulus cneorum, which is budding, but not yet in bloom. 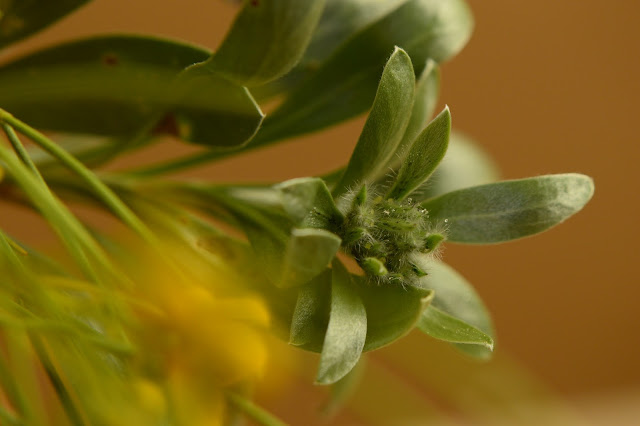 Plus a little rosemary to fill everything out... 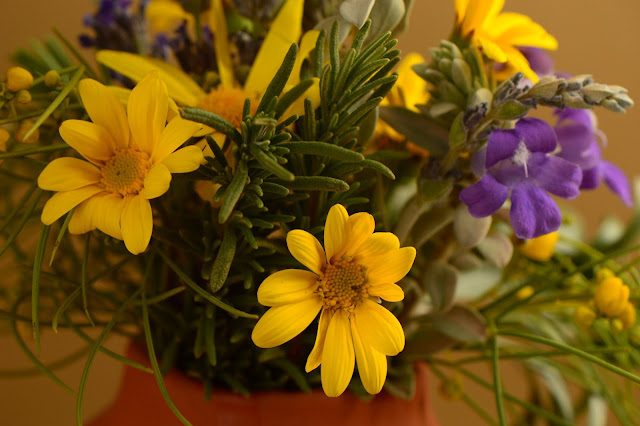 It is interesting to watch the bloom cycles of the various plants, as some are seasonal and others tend to bloom off and on throughout the year.  The Senna is a spring-bloomer, which set buds weeks ago but is only now opening flowers; while this Eremophila has been putting out scattered blooms for months.  The Argyranthemum has likewise been blooming for some time, but its latest flush is heavier than I have seen before.  (I planted it less than a year ago, so have not had time to watch it through early spring.) 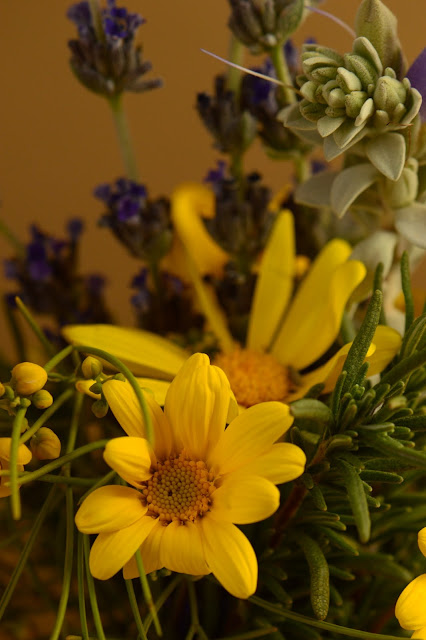 As for the lavender, I expect it to quit at some point, but so far that point has not been reached!

All these plants are fairly drought-tolerant and well-adapted here in the desert, and I like the effect of combining material with similar cultural requirements. 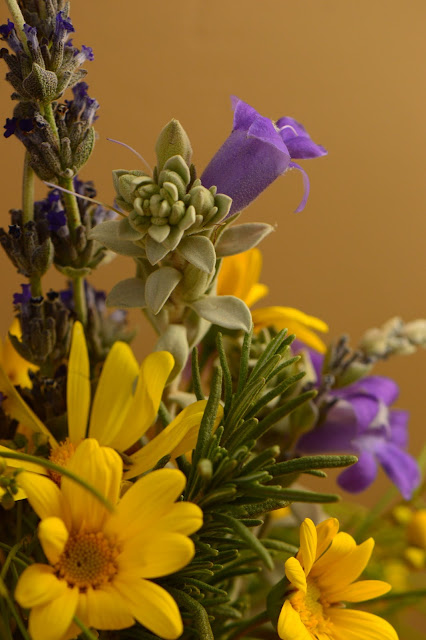 Once again I am using a pot I made late last year. 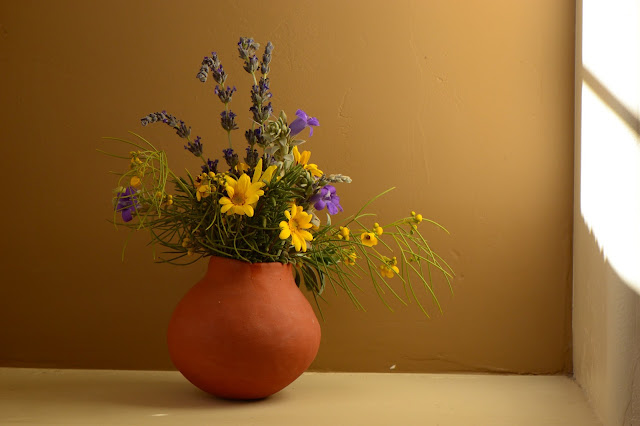 Today's vase is truly a Monday Vase, unlike last week's!  Do check the others posted at Rambling in the Garden!  Within the next few days I hope to post the second part of my series on the setting of the garden, but I decided to make sure of my vase this week. 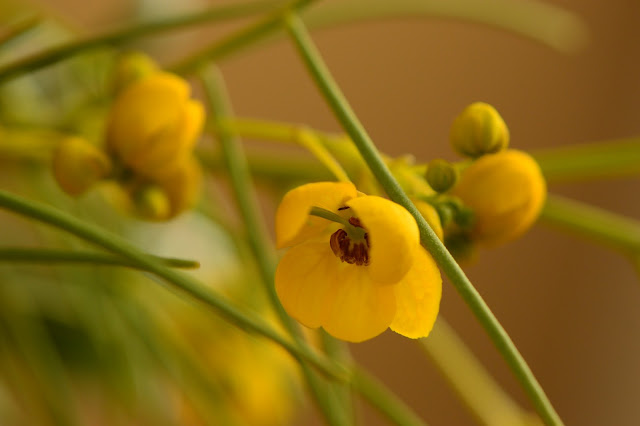