In a Vase: Interlude in Light and Dark 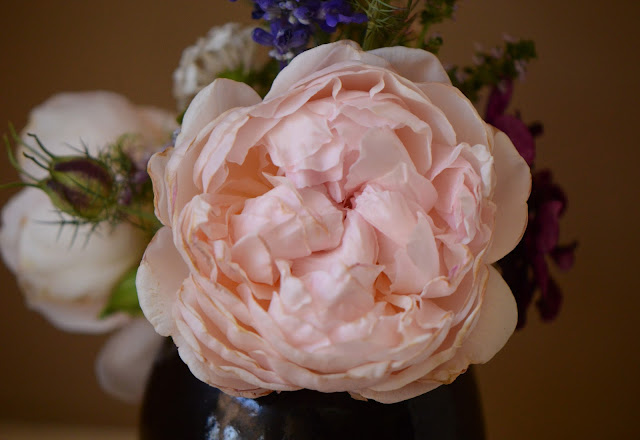 Yesterday's vase was a fun afterthought to my Bloom Day post.  Going around, snipping for the vase, I discovered tidbits I didn't know were still flowering.  In fact, this vase is very much a collection of tidbits. 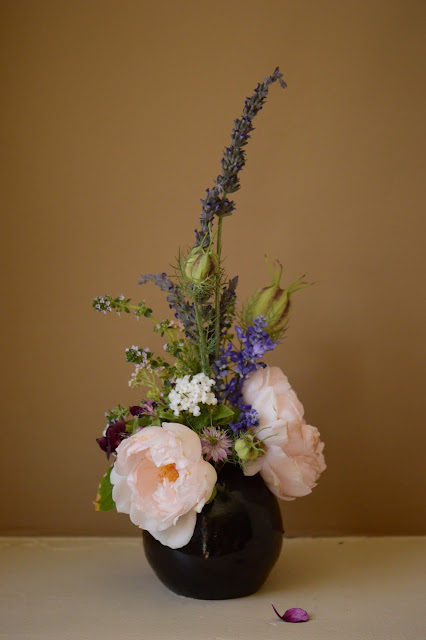 It began with pairing my dark-glazed pot with the very dark blooms of ivy-leaf pelargonium "Precision".  I slipped in a bloom from Jasminum sambac, the Arabian jasmine which is scenting the air from the White and Silver garden -- with only a few blooms so far! 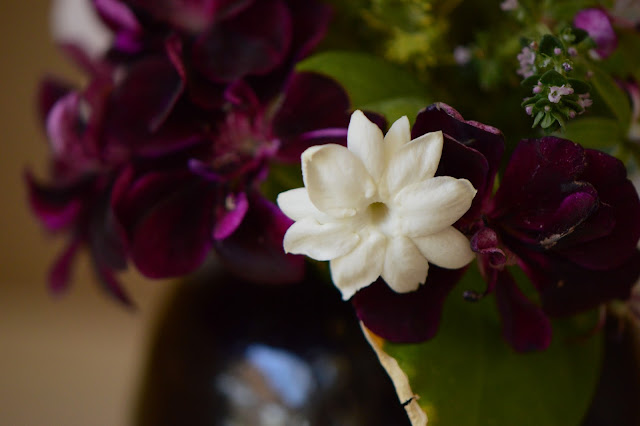 The heart of the vase is no surprise: a couple of roses, "St. Swithun"... 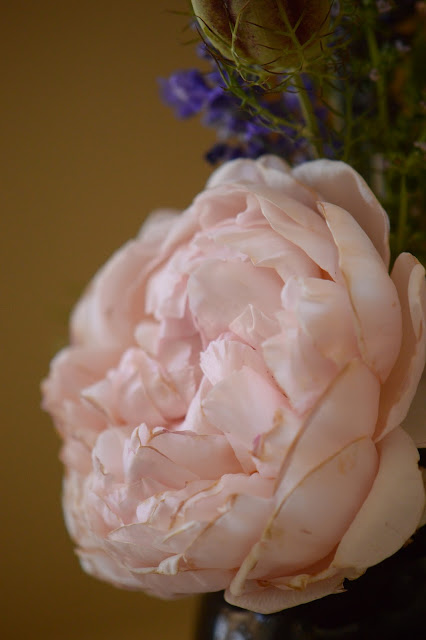 ...and "The Generous Gardener", one of my favorites for fragrance now. 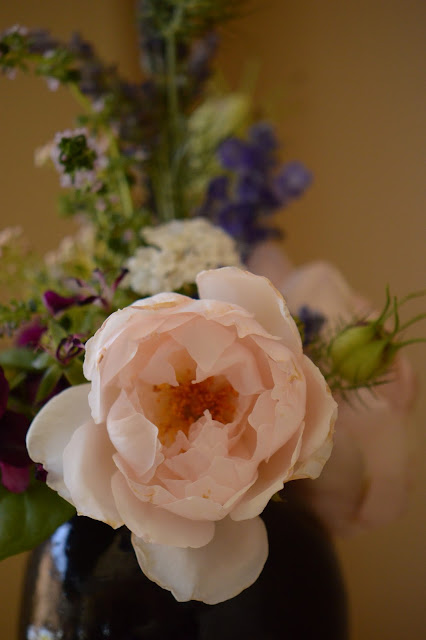 But then there was the stem of Nigella, with one small flower discovered among the big pods. 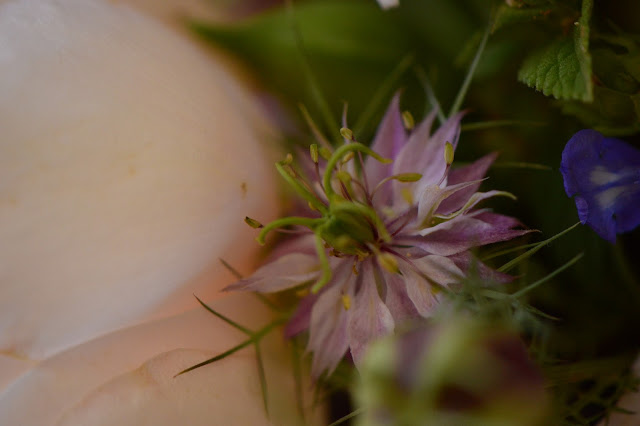 A spray of white lantana... 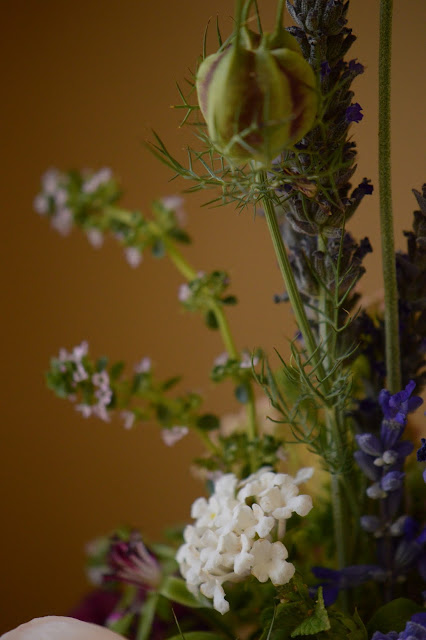 ...combined with a couple of smaller sprigs from Ozothamnus diosmifolius, whose flowers seem to be more or less everlastings, a useful trait that I was not aware of when I purchased it.  Two stems still had unopened buds, the stage at which these are normally cut for arrangements. 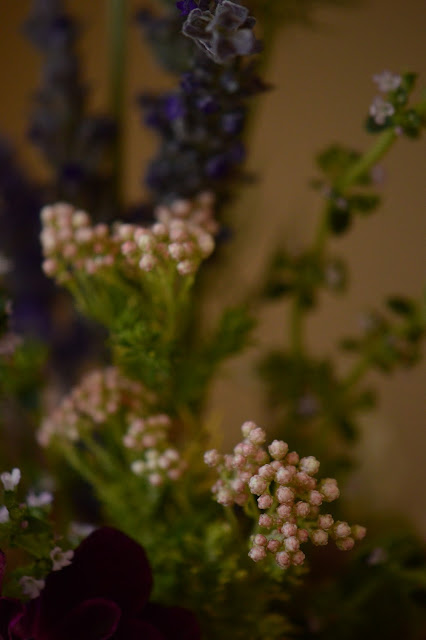 I was also able to take a few stems of Salvia farinacea. 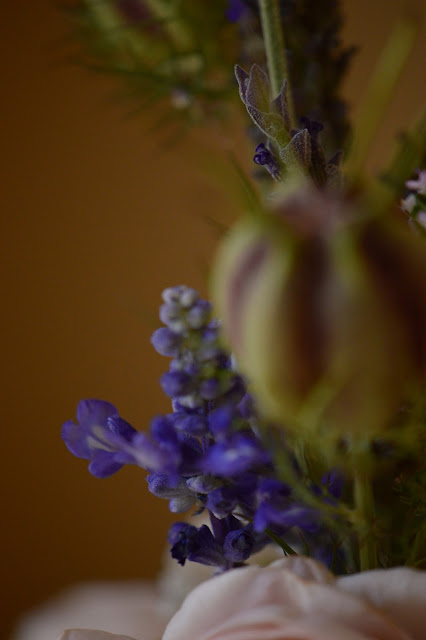 And there were long stems of Lavender "Goodwin's Creek Gray" and shorter stems of lemon thyme. 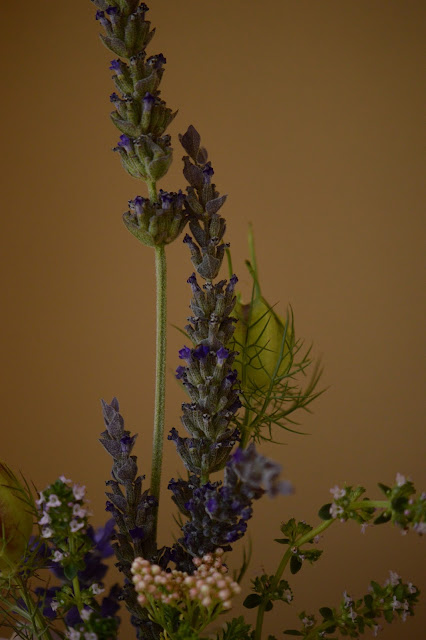 So there was actually quite a bit of material, even with just a stem here and two or three stems there. The jasmine flower had dropped by this morning, but I really liked having the bright white accent while it lasted. 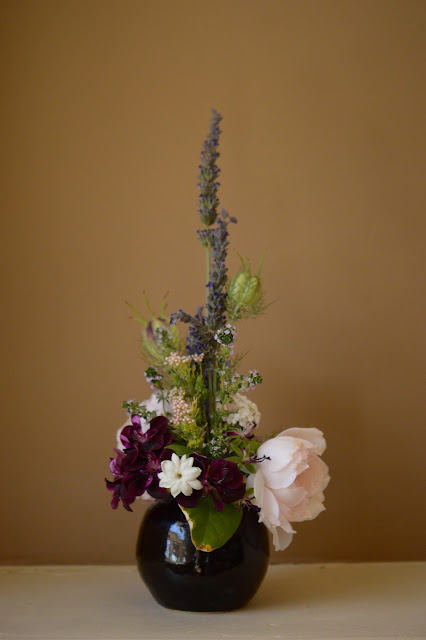 Hurrying over to Rambling in the Garden, where other vases and much inspiration can be found! 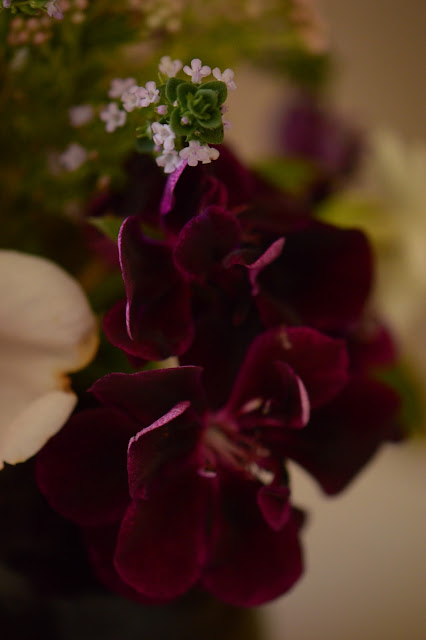